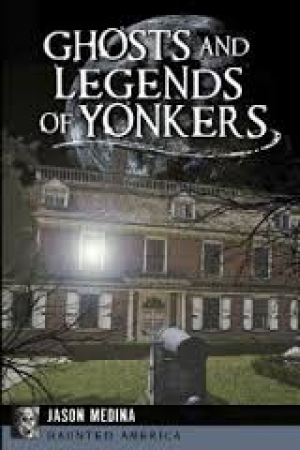 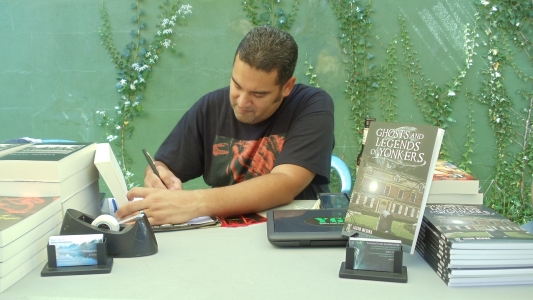 Author Jason Medina has done it again. He has written his fourth book about ghost hunting. Jason Medina owns and operates Yonkers Ghost Investigators. He is retired from the NYPD after more than twenty years' service. He has been conducting ghost investigations and haunted research since 2006.

His fourth book, "Ghosts and Legends of Yonkers" was recently published. " Yonkers is a very old city and being an old city makes it an ideal location for old haunted locations, although not all haunted locations need be old", says Jason.  According to him," All it takes is for one wayward spirit to hold on to his or her past life strong enough to cause a haunting."

There are a few local legends in the book and a list of several locations in Yonkers that are rumored to be haunted. Jason held a book signing in his backyard.