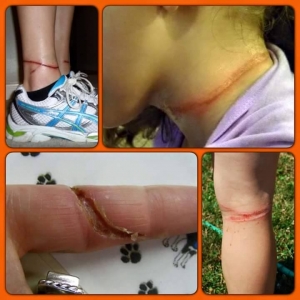 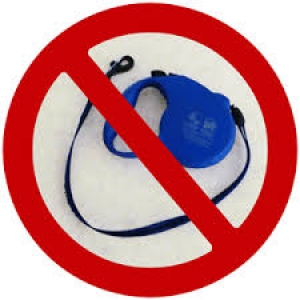 Retractable leashes pose problems for people and their pets

Heather Todd didn’t bring a leash with her the day she took her pooch Penny to a pond near Boston in 2005. So she borrowed a retractable dog leash to help keep her Labrador retriever in check.  But it didn’t. The 90-pound dog suddenly took off running and dragged Todd across the sand.

“It just cut it off like a sharp knife,” Todd says.

She wrapped her hand in a towel, grabbed the finger, and headed to the hospital, but doctors were unable to reattach it. Todd, who’s now in nursing school, says there are times when her missing finger causes problems. “I get by. You just adjust,” she says.

Todd’s story may sound like a freak accident, but retractable leashes are responsible for a surprising number of injuries each year, including amputations.

In 2007 there were 16,564 hospital-treated injuries associated with leashes, according to Consumer Union's analysis of statistics collected by the Consumer Product Safety Commission. Of those, about 10.5 percent involved children 10 and younger; 23.5 percent involved injuries to the finger. The CPSC's data does not parse the leashes into types but it's likely that the amputations were caused by retractable leashes.

The most common injuries reported were burns and cuts, usually sustained when the cord came in contact with skin as it rapidly paid out from the handle of a leash. Others occurred when the cord got wrapped around part of the owner or the dog.

Todd sued the maker of the leash as well as the distributor, as have others who have been injured by retractable leashes. Todd told us that the company settled her case for an undisclosed amount.

Retractable-leash makers do put some pretty stark warnings about their products on their Web sites and on the packaging. Germany-based Flexi, one of the largest manufacturers of the leashes, has a long page of warnings on it Web site. Here’s how it begins:

“To avoid the risk of eye or face injury and cuts, burns, and amputations to your body or the body of another person from the leash cord/tape or all belt and hook, (sic) read and follow these Warnings and Directions for Use before using your Flexi leash.”

The CPSC has announced only one recall of retractable leashes in recent years. Last September 223,000  “Slydog” brand retractable leashes (at right) were recalled after several complaints were received by the agency about the metal clip breaking and flying off. The company subsequently changed to plastic clips.

Karen Peak, a professional dog trainer in northern Virginia who runs a Web site called SafeKidsSafeDogs, says she often observes injuries from retractable leashes—and has experienced a couple herself.

“One day a dog got away and I grabbed the cord to keep it from running into the street and it gave me a painful cut between my fingers,” she says. “And it was a little dog, a Maltese.”

Peak says she doesn’t allow retractable leashes in her training classes and thinks they should only be used on well-behaved dogs that respond to voice commands.

“They should never be used on neighborhood walks or in stores or other situations where there might be distractions that can make a dog suddenly bolt,” she says. In those types of situations, she advises owners to use a solid leash no longer than six feet long.

Peak says dogs can suffer some of the same types of injuries from retractable dog leashes as people do. In addition, dogs suffer injury to their necks and backs when they are suddenly jerked to a stop when they run out the length of the leash.