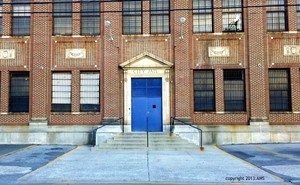 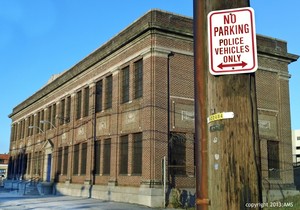 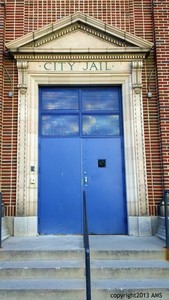 In November 2013, an old Yonkers jail located on downtown Alexander Street was purchased by famed art collector Daniel Wolf and his wife, architect, Maya Lin. Prior to the sale, Mayor Spano had stated, "The waterfront should be a place to shop, live or walk,"  "It's not the right place for a jail."

The jail was initially listed for $2.5 million. But it sat in abeyance for months, waiting for a buyer.  Mayor Mike Spano suggested it be re valued at $1.6 million.The final agreement was a drastically reduced price of $1 million.

With an eye towards developers the City courted interest from potential builders but no one stepped forward to buy the waterfront property. Eventually, the city enlisted the help of a commercial realtor and shortly thereafter, Tribeca based art collector Daniel Wolf and his wife, architect Maya Lin offered a bid. Their high social profile and their notoriety in the art world would lend respectability to that gritty, darkened corridor by the train tracks.

But, their fame came with a price. They wanted tax breaks valued at over $300,000.  Their purchase would be made via their company name, Chokia LLC. An application was filed with the City which asked for approximately $117,250 in sales tax exemptions for the cost of construction materials and office equipment and an estimated $182,813 property tax break. The application estimated that the renovation would create 10-15 construction jobs.

In exchange for the favor, they intended to reuse the jail for offices, artists studios and an exhibition/events space. It was expected to cost $2 million and furnishings and equipment another $1 million, according to the application.  The final purchase price for Wolf and Lin would be $729,937, a colossal bargain for a 10,000 sq. ft, facility with landmark status possibility.

The local art community was buzzing. Their sense of cultural vindication in a city that is often spoofed for blue collar values began to soar. At last there would be a beautiful place to show beautiful art admired by beautiful people. Daniel Wolf and Maya Lin, architect of the Vietnam Veteran's Memorial in Washington D.C., not only bought a building, they bought hope.

And so, the work began and continued endlessly. People started to wonder when those promised 10 to 15 construction jobs would become available. Day after day, filled dumpsters would appear with no sign of workers from the community. Eventually, the din of hammers and drills stopped and Alexander Street was quiet again except for the Metro North trains that roared through and stopped at familiar intervals.

The jail had been subtly transformed with a cleaner facade, re pointed masonry, and fresh paint on the iconic blue door.  A fitting place for those promised exhibitions and community events. That was the deal. But like a jilted bride, the wedding never happened.

Four years after the initial purchase and commitments to the community, an article appeared in the NY Times. This is an excerpt:

"Daniel Wolf, an art and photography dealer, and his wife, the artist and architect Maya Lin, thrilled local artists in 2013 when they bought the empty 1926 Yonkers City Jail. Although the couple initially considered holding public events there, Mr. Wolf has found that he needs the entire building to store his collections, host visits by clients and curators, and do a little painting of his own. NYT July 19, 2017"

The carpetbaggers had struck once again, leaving the "little people" with the burden of paying for the excesses of the rich.  24 Alexander Street is alive and viable now. The holding cells are filled with art instead of prisoners. The protocol of entry is the same. Not open to the public and one must be screened prior to entry. The Wolf art collection will eventually be paroled onto the walls of mansions and trendy lofts.

Daniel and Maya will come and go with no community engagement excepting for an exchange of molecules. And in the rarefied art world, that is how the rich get richer and the poor get poorer.