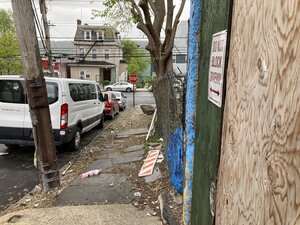 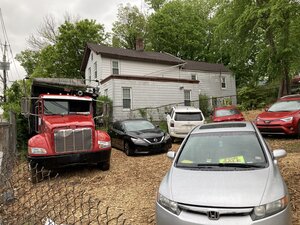 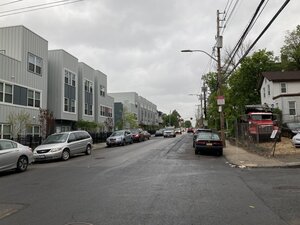 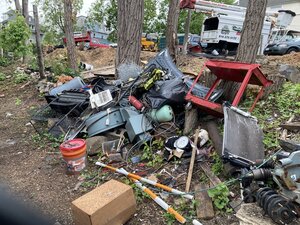 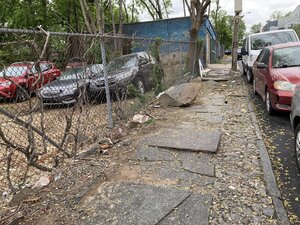 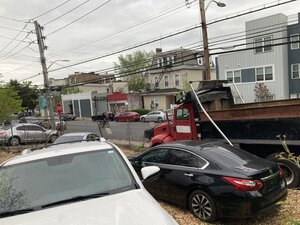 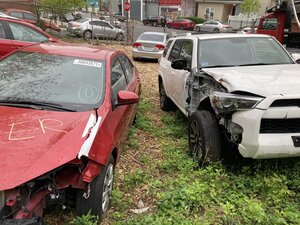 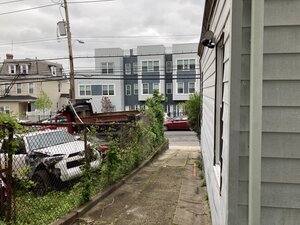 The controversial developer of the Glenwood Power Plant shelved her bid last week to convert a JFK Marina green space into a parking lot.  Community groups rallied to protect the cherished space and the developer, Lela Goren, respectfully bowed out from her proposal. This was a great example of community working together.

However, a few minutes away, yet another battle for green space is looming. A vacant lot located at the corner of 1 Willow Place and Warburton Avenue, was recently purchased. The new owner allegedly plans to build an apartment complex. But in the interim, the property has become a storage space for several cars and landscaping equipment. Trees and grass were ripped out converting the lot into a large, dirt eyesore.

The lot is surrounded by residential properties, one of which , was constructed as a mixed income replacement for Cottage Gardens. When 188 Warburton Avenue opened a few years ago, Yonkers Mayor Spano stated the following:

“Today’s opening points to the positive momentum occurring right now in Yonkers as we revitalize our neighborhoods and improve the lives of the residents who live here,” said Yonkers Mayor Mike Spano. “We are building a stronger, a more sustainable community for residents, thanks to the support of our federal, state, private and our local community partners for their commitment to Yonkers and we look forward to the great improvements that will be made to this very deserving neighborhood.”

Rather than the neighborhood improving,. the lot with an ever increasing supply of damaged cars, poses not only an environmental threat to the area but a safety issue also.

Cars are observed being unloaded at night by a transport truck. The lot, which is on an incline, offers no safeguard should a car accidentally roll off.  The trajectory is heavily trafficked Warburton Avenue which is directly in the path of a sliding vehicle.

In addition the environmental hazards are numerous. The distance of the lot to private houses is minimal. Engine fumes easily filter into those homes causing health problems. The elimination of multiple trees and grass cover has removed the safeguard of water retention which prevented flooding.  Soil contamination from potential oil leaks and transmission fluid can be absorbed into the sewer system at the edge of the property. Although the argument can be made that it is minimal, it still undermines the effort of a cleaner, greener Yonkers.

The aesthetic of damaged, used cars in the middle of a residential neighborhood lowers property values. At a time when The City of Yonkers struggles to balance a budget, the loss of tax revenue compounds the problem. And the promise of an improved living environment for Cottage Garden residents is obliterated by wanton blight steps away from their door.

A property owner has an obligation to the area where that land is located. That obligation not only benefits the community but enhances the owner's property also.

If allowed to continue, 1 Willow Place will set a precedent for future developers in the area. Sadly, the hope for a better life of 188 Warburton Avenues residents will fade into yet another promise delayed.