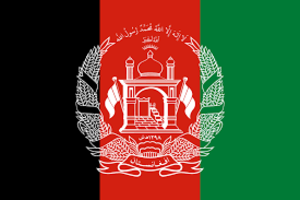 The plight of Afghan refugees becomes more dire each day. The chance to evacuate Americans and the Afghans that worked alongside them has dwindled down to a matter of only a few days.

Their situation has become progressively worse.. Attempts to reach the Kabul airport have been thwarted and murderous threats from the Taliban have served to drive many into hiding. They hide in fear both physically and psychologically. Food is becoming scarce  Some hide out in the mountains while others wait in anticipation at home.

The Westchester refugee resettlement group, Rivertowns for Refugees,  has been active in not only sponsoring refugees when they arrive but active in corresponding with them as they await their departure. The group has re settled several families in Westchester. New arrivals are scheduled to reside in Yonkers in the coming weeks.

Rivertowns for Refugee has agreed to share their correspondence with Hamlet Hub. The emails are unredacted except for the names of the senders. Volunteers for the organization state that the emails are sent on a daily basis. Although inconsistent, internet service is still active even in mountainous areas where many are in hiding.

I'm not safe taliban arrive near to my home they have checkpoint and list names of
who worked for USA they try find my location because of work with USA government.
Taliban will kill me."

"Hello.
| received gate pass and visa to airport from this

"Hello Dear Madam.
| hope you are doing well i am good now | am at home today i want to trying another
gate of airport and the situation is very dangerous i am afraid"

On August 19, 2024 at 10:49 AM, "This is BBC news is saying, UNHCR handed a secret
informations which says Taliban hold a list people who were working with foreign
countries to Kill even their families."

"Thanks a lot for you efforts . That means a lot to us . Physically we are safe, and
nobody have disturbed us so far. But my wife and daughters are in very high stress
they lost hope for the future. They are very active and hard work.

My wife was working with a group of 10 women where she was their leader and teach
them tailor and support them to be a free women. They were under support of a
foreign company called RELIFE and was awarded the most talented and active
women of our province. My older daughter also have finished her college and was
working in an office. My second daughter just finished her school and was papering to
enter the college next year but seems everything got changed. And my last daughter
is still in elementary school. Right now they are really disappointed since Taliban
entered the country. | hope we can manage ourselves. Thanks one more time for your
efforts."

"Thanks for asking about our situation. Actually, we are still hide at home .

Taliban have announced their hilarious laws for men and women.

Men should grow beard never should wear pants as it's for none Muslims instead use
afghans traditional clothes.

Women can't go outside can't work cannot study. And so on."

"It’s about 10 days that  l  living in mountains and disguised ourselves. The Taliban has all of our information as they accessed to the Americans Army biometric. They called on our families with exact names and address. They has chosen the exact date for our execution and according to the phone that we received from them, they are going to perform it in Pol-e-Charkhi prison."

"All my family lost their hope and petite to eat.

They think they lost their opportunity to keep their studying and working."

These are the stories of real people experiencing a life and death situation. Hopefully, they will survive long enough to clear the hurdles of  getting to Kabul airport. The road to freedom is long and arduous. But the help of good people makes the journey possible.