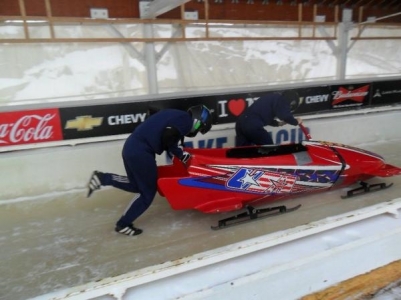 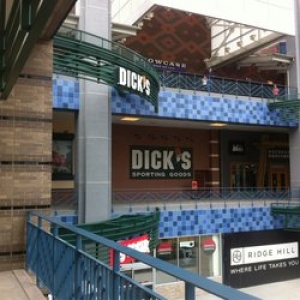 DICK’S Sporting Goods, the official sporting goods retail sponsor of Team USA, announced today its roster of more than 180 U.S. Olympic and Paralympic Contenders being supported by the Company through flexible employment opportunities and sponsorship agreements.

To date, over 170 Contenders are currently working in 87 DICK’S Sporting Goods stores in 31 states across the country. The Contenders are offered flexible work schedules and competitive compensation, allowing them to devote the necessary time to training to be part of Team USA at future Olympic or Paralympic Games. Athletes from 36 different sports, across both Olympic and Paralympic, summer and winter events, are participating in the program.

“We’re honored to provide these inspiring athletes with what they need – a flexible source of income – to pursue their Olympic and Paralympic dreams,” said Lauren Hobart, Executive Vice President & Chief Marketing Officer, DICK’S Sporting Goods. “At the same time, the Contenders are able to offer our customers their expertise as elite athletes. We have had such positive feedback on the program, from the Contenders, our customers and their fellow associates. It’s truly a win-win.”

DICK’S announced a multi-faceted partnership last February, which included the in-store employment program, sporting goods and equipment donations to the U.S. Olympic Training Centers and sponsorships to Team USA hopefuls to help them pursue their Olympic and Paralympic dreams.

“DICK’S Sporting Goods’ commitment to America’s elite athletes through their sponsorship of the USOC and the Contenders program is opening up important new pathways for athletes working to achieve their Olympic and Paralympic dreams,” said Lisa Baird, USOC Chief Marketing Officer. “We are thrilled that this program has grown so fast and is helping so many athletes, and we are proud to call DICK’S a member of the USOC family of partners.”

Locally, Dick's is sponsoring Sineaid Corley in their Yonker's store. Born in 1987 and raised in Long Island, Sineaid was a national finalist on her high school track team at St. Anthony’s, where she placed in hammer and weight throw events. She went on to become a Division I top hammer thrower at the University of Albany where she was recruited by Elana Meyers, Bronze Medalist in the 2010 Olympics for bobsled competition.