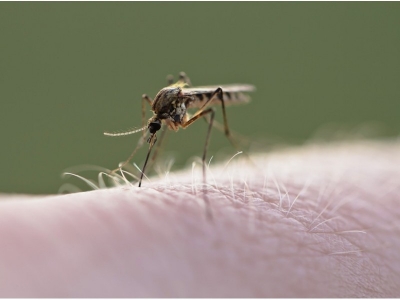 - A case of the Zika virus has now been confirmed in Rockland County.

The Rockland woman, who has not been identified, recently returned from a trip to South America.

The primary carrier of Zika, the Aedes aegypti mosquito, is known as an aggressive biter. So far, 30 countries have confirmed cases of the virus. World health officials believe that the number of affected countries could increase significantly.

News 12 sat down with Dr. Gary Wormser, the chief of infectious diseases at Westchester Medical Center, to discuss the dangers of the mosquito-borne virus, particularly among pregnant women.

"The virus enters the body of the pregnant woman, then travels across the placenta into the baby itself and apparently attacks the nervous system," he says.

While not fatal, the virus can cause a baby to be born with a smaller brain and head. The victim from Rockland County is not pregnant.

The virus was also found to be sexually transmitted in Texas this week. Health officials say it can be prevented with the use of a condom.

At a news conference in Pomona, Rockland Health Commissioner Patricia Rupert says health officials do not believe there will be a major outbreak in New York this summer.

"The type of mosquito that has been transmitting this virus is not native here and we have not found those mosquitoes here at this point in time," says Rupert.

The Health Department says it will be monitoring mosquito populations to make sure nothing develops.