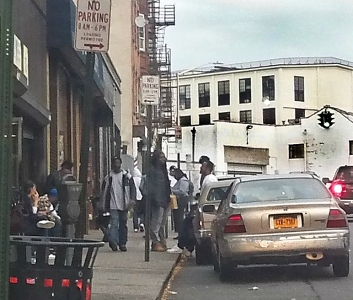 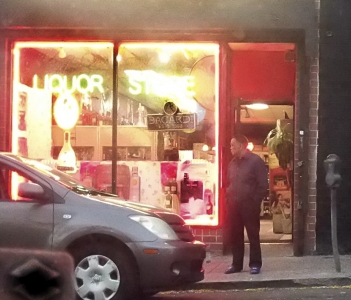 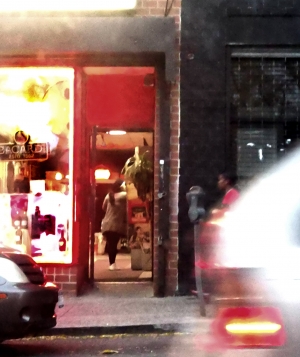 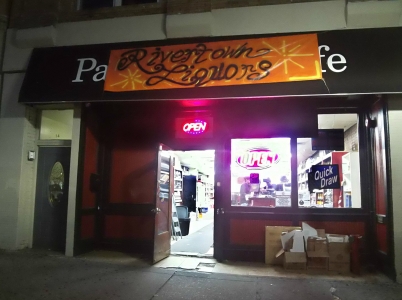 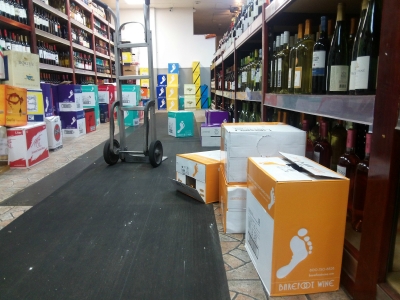 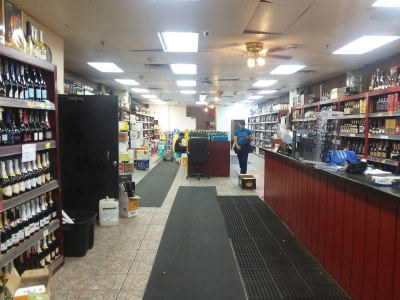 Getty Square is located in downtown Yonkers, a city that  contains a population of 19,101 people per square mile. And on a given day, a percentage of that population can be seen assembled in the vicinity of 33 Palisades Avenue. That location is the home of Palisades Liquors, a business that opens at 10:30 am and closes at 11:00 pm six days a week.  During the day, the spill over crowd perches on a window ledge of the Salvation Army store, smoking and talking animatedly.

Pedestrians are forced to navigate a narrow passage of sidewalk that yields only to the forceful.  Strollers and wheelchairs push through like smoke against a wall. When nightfall arrives, the Chicken Island Park empties and it's inhabitants join the throng. The Yonkers park loitering law does not allow people to occupy the park for an extended period of time after 8:00 pm.

Business is brisk at #33. The constant stream of customers buy at competitive prices.  Some of those prices are inflated due to Rivertown Liquors closing and moving from Main Street to 14 Warburton Avenue. The shuttering of Getty Square Liquors due to the Getty Square fire also helped to dampen the competition.  Until Thursday of this week. Palisades Liquors was the sole booze basket in the Getty Square area, and in the spirit of capitalism, seized the economic advantage with prices above the average.

On Thursday afternoon, the neighborhood staple, Rivertown Liquors opened it's new space on 14 Warburton Avenue.  The new and improved facility is larger, brighter and offers a huge selection of wine and other alcoholic beverages. Boxes are still being unpacked but the friendly staff is always willing and able to help.

The sidewalk in front of Rivertown Liquors is empty. except for the normal flow of people coming and going. It is a zone where people and business interact as opposed to 33 Palisade Avenue where "street rule" has overcome the pedestrian passageway.