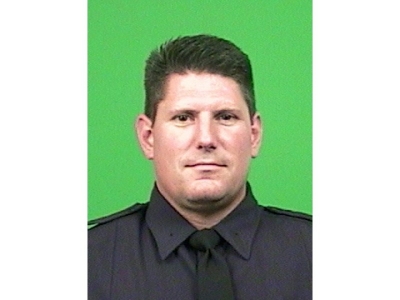 A New York Police Department detective was one of six dead in Monday's suicide bombing in Afghanistan.

Detective Joseph Lemm of West Harrison was killed by a motorcyclist carrying a bomb who targeted a U.S. airbase in Bagram, 34 miles north of Kabul, in an attack the Taliban has claimed responsibility for.

"Detective Joseph Lemm epitomized the selflessness we can only strive for: putting his country and city first," said New York City Police Commissioner William Bratton in a statement.

Bratton said Lemm was a member of the Air National Guard in addition to spending 15 years in the NYPD. He was promoted to detective in January 2014, and served in the Bronx Warrant Squad. He was deployed three times, twice to Afghanistan and once to Iraq. He is survived by his wife and two children, a 17-year-old girl and a 4-year-old boy.

Gov. Andrew Cuomo's office said Lemm was a member of the 105th Security Forces Squadron, an element of the 105th Airlift Wing at Stewart Air National Guard Base at Newburgh. A second airman based at Stewart was also among those killed, the Orange County executive said. He did not give further details.

"He was the nicest guy," said Lemm's landlord, Lorraine Birdsall. She and her husband, John, own the Lakeview Avenue home where Lemm and his family rent an apartment. She said the family had lived there about 5 years.

"I was stunned, it was the last thing I was thinking," Birdsall said of the news Lemm had been killed. "It was terrible.

"It was an honor to have him here," she said. "He was a very good family man."

Birdsall said Lemm was "always trying to help with things" around the house.

"Tonight, we grieve and we remember this selfless public servant who dedicated his life to protecting others," Bratton said.

Congresswoman Nita Lowey, D-Harrison, mourned Lemm in a statement Tuesday, saying she was "deeply saddened" at the news.

“His commitment and dedication to protecting others made him a true patriot," she said. "My thoughts are with his wife and children as well as the loved ones of all six Americans who lost their lives in this horrific attack.”

New York City Mayor Bill de Blasio said Lemm's death "serves as a painful reminder of the debts we owe to the brave men and women in uniform who put themselves in harm’s way each and every single day in order to keep us all safe."

And New York Gov. Andrew Cuomo said Lemm "embodied the selflessness and bravery of the U.S. Armed Forces and the NYPD."

An American Flag flew at half staff at Veterans Memorial Park in West Harrison on Tuesday, Dec. 22, 2015.

"I join all New Yorkers in mourning his loss, as well as the loss of the other victims of this horrific attack," he said.

The governor directed that flags on state government buildings be flown at half-staff on Wednesday in honor of Lemm. De Blasio ordered city flags to fly at half-staff through Friday, effective immediately.

The attack was the largest loss of life this year for the U.S.-lead coalition in Afghanistan. So far, 16 U.S. troops have died in combat, many of them in aircraft crashes, according to Pentagon announcements.

USA Today contributed to this report.