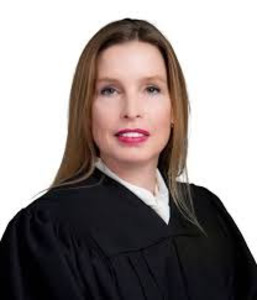 Peekskill judge Melissa Loehr will be the guest on Westchester Eye on the Radio  on 5/13/2019. She is a Democratic candidate for Westchester County Judge. The primary will be held on June 19th.

Melissa Loehr is a mother of four, a senior staff attorney for the Legal Aid Society in the Bronx, and the City of Peekskill’s first ever female judge. She currently presides over misdemeanor criminal cases and sets bail for felony defendants before sending the cases to County Court for disposition. “I have seen our system work well and I have seen it fail,” she said. “The Criminal courts can do a better job.”

Judge Loehr comes from a family tradition of service.

Her father, Gerald Loehr is a former Mayor of Yonkers, two term Councilman and a sitting judge on the New York State Supreme Court. She is a graduate of Pace University Law School and it’s well-regarded Criminal Defense Clinic. She did her undergraduate work at SUNY Oneonta, and in Durban, South Africa where she participated in the final push to end the legal system of Apartheid.

Tune in tomorrow WVOX 1460AM of listen online at wvox.com.