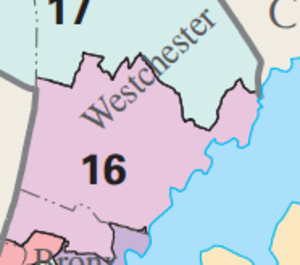 The primaries are upon us and crucial votes will determine the future of the country. The race for congress in District 16 is crowded and controversial.

Three candidates i.e. Jamaal Bowman, Sammy Ravelo and Chris Fink are vying for the job. Congressman Eliot Engel, who has held the seat for thirty three years,  is said to be in an uphill political fight. Rarely challenged, Engel has enjoyed his tenure as a Democratic Congressman void of scandal and controversy. That is until last week.

Engel was heard  on a hot mic at a news conference on Tuesday following civil unrest in New York City, appearing to tell another speaker that he only wanted to speak because of his primary race.  Engel is then heard saying, "if I didn't have a primary, I wouldn't care."

Although some say the comment was taken out of context, the damage has been done. However, Engel loyalists point to his ability combined with seniority to get things done. He is also praised for his unwavering support of Israel and  Kosovo, despite his alliance with arms contractors such as Lockheed and Boeing that supply arms to Israel.

He is often criticized for having more involvement in foreign policy than domestic in a district that is 57% Black and Hispanic.

In mid 2008,  Engel become a 24% partner in a six-unit building  located at 1142 Metcalf Ave, in the Bronx. The principal owner was Harry Bajraktari, a Kosovo Albanian American with deep ties to the political workings of that country. He is also owner of a real estate firm that holds several properties in the metropolitan area. https://bajraktarirealty.com/

In 2011, Engel  received a $125,000 “mortgage loan” from Bajraktari that has not been paid back. The loan was intended.for Engel’s primary residence in the Bronx, according to his personal financial disclosure statement  But Engel’s Bronx home was paid in full at the time, according to the New York City deed.

Engel is also criticized for his alleged no show voting record and maintaining a residence in Maryland for tax advantages.

His challengers are all political novices but with varying support. Bowman, is buoyed by endorsements from progressive Democrats and a substantial campaign fund. And unlike Engel has not received any monies from lobbyists. Sammy Ravelo is a retired police officer and US Navy vet. Third candidate, Christopher Fink, is a managing director at Bank of America Corp.

The three candidates will be guests on Westchester Eye on The Radio on Monday, June 8th, from 3-4pm. Engel was invited but to date, has not responded.

The show will be broadcast live on Facebook via the RED BLUE TALK  page. Check it out and feel free to comment.