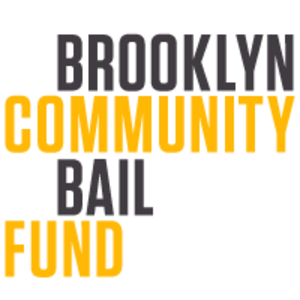 In this moment, in the wake of the uprisings in response to the death of George Floyd and countless other Black people at the hands of police, support of Black-led organizations and organizers working for the Movement for Black Lives and social change is imperative.

During the weeks following the uprisings, BCBF received a large influx of donations and immediately began planning how to deploy those funds where they could have the most impact. BCBFa has already redistributed $2.3 million to bail funds and other groups to support bail payment for demonstrators and others in New York City, New York State, and across the country. BCBF is also committed to redistributing another $2.3 million to Black-led organizations and organizers based in New York State that traditionally have been underfunded and has convened an independent advisory committee to lead this process.
This initiative to support Black-led organizations and organizing will launch on September 10, 2020 with anopen-call forapplication. The deadline to submit funding applications is September 21, 2020.
For the purposes of this initiative, Black-led organizations and organizers are defined as those (1) with substantial Black leadership, (2) where Black staff and constituents have substantive decision-making power and set the goals and agenda of the organization, and (3) are working towards Black liberation and the goals of the current uprising to end systemic racism and criminalization, police violence, and the carceral state; defund police; build community safety; and defend Black lives, including Black trans and Black immigrant lives.
In addition to the Black-led qualification as defined above, the advisory committee is prioritizing organizations, groups and organizers with current operating budgets under $1.5 million, and will consider geographic location to ensure this funding opportunity is available to organizations and organizers working throughout New York State.
Awards will range from $25,000 to $100,000. The advisory committee will review all applications and make funding recommendations to the BCBF Board of Directors. Applicants who have been selected to receive an award will be notified in mid-October. Awards will be made in early November.
The application must be submitted by September 21, 2020 to be considered for some of those funds. You can also learn more about the initiative here.
https://brooklynbailfund.org/