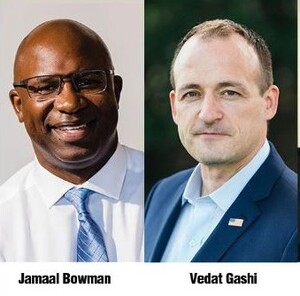 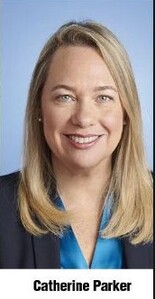 The fate of three challengers for Congress in District 16 will be decided in the August 23rd primary. That date is the final day of voting.

.
Candidates Vedat Gashi and Catherine Parker are vying for incumbent congressman Jamaal Bowman's job. The congressman sacked the thirty two year political career of former congressman Eliot Engel when he defeated him in 2020.
However, it did not take long for Bowman's oppositional style of politics to emerge.

Although Bowman lost the Riverdale section of the Bronx in the redistricting process, his stamp of approval on a 160 bed men's homeless shelter still lingers. A proposal by the City of New York to house men regardless of their criminal background or possible sexual offender status is still being entertained. The plan calls for building the shelter in North Riverdale close to the Yonkers border. The average price of houses in that neighborhood is $800k. The plan calls for several businesses to be closed and a vague reference to sufficient security at the shelter. Residents are vehemently opposed to the shelter and the disruption that it will cause.

Bowman supports defunding police. His concept is to transfer a portion of the police budget and reallocate it to social support programs.

Gashi and Parker stand opposed to taking any resources away from law enforcement. This is not the least of where the differences in the candidates reside.

Gashi immigrated from Kosovo with his family at the age of four. They arrived in the United States, illegally. They were poor and resided in a predominantly Black section of the Bronx. Vedat had to learn English, and navigate through not only the American culture in general but the African American culture in specifics. At one point, he was the only White person in his school class. Despite adversity, he became a lawyer and eventually a Westchester County Legislator. He is a democratic moderate. He is a Muslim. Yet, he embraces the progressive view of access to affordable health care and reproductive rights for women. As a Muslim, he has spoken in favor of Israel and secured the endorsement of pro Israeli former congressman, Elliot Engel. His policy of inclusion is reflected in additional endorsements from both Blacks and Latinos. Gashi participated in the Puerto Rican Day parade in Yonkers in 2022 as part of his campaign.

Catherine Parker on the other hand has absented herself from the Black and Latino communities in District 16. Although the district is 56% minority majority, her campaign has made no effort to woo minority voters. Instead, it has focused heavily on the more affluent White vote in towns such as Mamaroneck, Rye and Scarsdale. Parker is mentored by Amy Siskind, a Westchester based Democratic political insider, who is the White female progressive equivalent of AOC. But despite the host of tea sipping fundraiser events, Parker trails in generating enough cash to present a formidable challenge.

Parker having declared that she wants her legacy to be about climate change,  is yet to comment on a bomb shell report announced by Yonkers Groundworks in 2019. The report stated that due to historical redlining, a vast swath of residential area in poor Yonkers neighborhoods were overheated. This is due to lack of trees, air conditioning and cooling centers. As a result, the death rate is higher in these areas due to heat related illnesses. The neglect of these area contributes to a general rise in temperatures in the surrounding neighborhoods. https://highlandscurrent.org/2021/04/13/out-there-the-inequality-of-heat-waves/

Yonkers is the largest and most populous town in District 16. Two hundred thousand people live there. Yet, Parker has chosen to concentrate her efforts to flood mitigation in Mamaroneck which has a population of thirty thousand. Her diligence has paid off with the ringing applause of Mamaroneck Mayor, Tom Murphy and a bevy of other supporters.
Her legislative experience both as a Westchester County Legislator and a Rye City Councilman are impressive. But it lacks the gravitas to mount an all inclusive agenda. This is her second attempt at the congressional seat. After a brief run in 2020, her campaign was cut short to focus on flooding issues in Rye and Mamaroneck.

On August 23rd 2022, the voters will decide. If the turn out is low, it will signal a lack of faith that a candidate can make a difference and the special interest groups will dominate the agenda. If the turn out is high, it will be an indication that change is on the horizon.

An astute political observer remarked that Gashi signs have popped up on lawns that previously displayed Trump posters. This perhaps is an indication that the party lines we once thought were clearly delineated just got blurry.