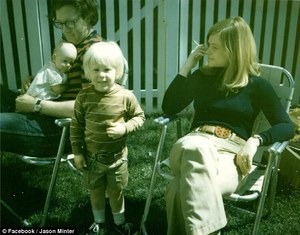 Jason Minter, former owner of Indian Road Cafe, 600 W.218th st. in upper Manhattan,  started an online campaign  to stop his mother's killer from being released from prison on parole. Despite that campaign, his mother's killer was granted parole and will soon be released pending housing arrangements.

In 1978, a Westchester County jury  found Willie Profit, then 25 years old, and Samuel Ayala then, 26, both of Norwalk, Conn., guilty of all 28 charges against each of them in the March 1977 slayings of  two Lewisboro, N.Y., women.

The women, Sheila Watson and Bonnie Minter, were shot a total of 11 times in the back during a burglary of Mrs. Watson's home in South Salem, NY.

A third man, James Walls Jr., who remained outside most of the time, pleaded guilty to the slayings.

Walls was paroled earlier this year, supported by Jason who believed that more than four decades behind bars was sufficient time served for his role in the crimes. Profit died  while incarcerated.

However, Ayala, the main person in the homicides, has received parole and will be released shortly. He is 68.

Jason Minter was only 6 years old when he witnessed his mother's rape and murder.

His mother, Bonnie Minter, had driven him to Sheila Watson's house where his 3-year-old sister was on a playdate. When they arrived, they walked in on a burglary in progress.