Yonkers Police Make Arrest While Being Fired Upon 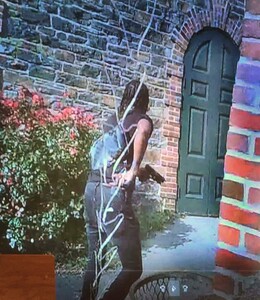 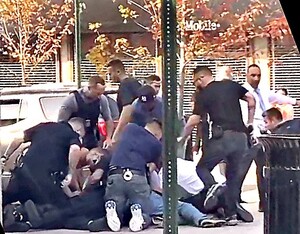 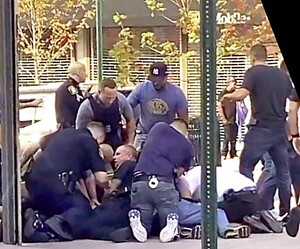 Quick thinking Yonkers police were able to avert a fast moving scenario with the potential of multiple casualties.

On September 25th, at approximately 3:30pm, plain clothes Yonkers police attempted to execute a car stop at a red light in south Yonkers.  The driver failed to comply and sped off. Police followed in pursuit for three minutes until the driver abandoned the car at the corner of Hudson and Riverdale Avenue.  The engine was left running and the driver sprang from the vehicle and proceeded to flee with a gun in hand.

Yonkers police pursued deploying a taser in the process. The taser failed. The perp continued on into a crowded downtown shopping area filled with babies in strollers and kids just getting out of school.

After a lengthy foot chase, cops were able to subdue the man and wrestled him to the ground. But that did not deter the perp from firing five shots at the police. Passing pedestrians scrambled for cover. https://youtu.be/Z9uP-VrPAo0

Yonkers police did not fire any shots and were able to handcuff the man and place him into a patrol car nearby. Although their lives and the lives of pedestrians were threatened, they succeeded without undue violence. However, they did employ the controversial chokehold method to gain control of the individual. Yonkers Detective Keith Olson, president of the Affiliated Police Association of Westchester states in LoHud:

"But because the officers put weight on the suspect's diaphragm while wrestling him to the ground and trying to get him under control, they would face criminal charges in New York City, Olson said.

"We call it the diaphragm law, where an officer kneels, sits or puts weight on a suspect's diaphragm during an arrest, it's considered criminal," Olson said. "Cops are trying to protect themselves, the public and the suspect, and that's going to happen during a fight. You don't have control over that." - LoHud

A press conference conducted by Yonkers mayor, Mike Spano, and police commissioner, Robert Mueller was held in the evening. Both men lauded the efforts of the officers involved. https://www.youtube.com/watch?v=1y5GFhHEuGk