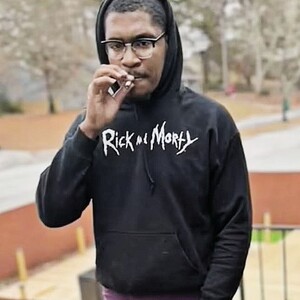 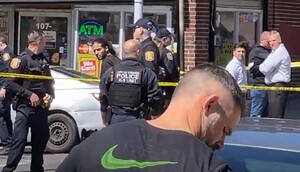 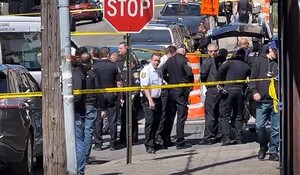 Yonkers detective Brian Menton, was assigned to the Westchester County Safe Streets task force in s sting operation to buy guns. Menton was in plain clothes. This was to be one of his final assignments. He is scheduled to retire in the upcoming week after 27 years of service with the department. Menton has received several honors throughout his career.

The most recent, 2020,  was the apprehension of a fleeing suspect  who was running through Getty Square in downtown Yonkers, with a gun and who fired at an FBI officer. Menton, along with other officers was able to wrestle the man to the ground as the perp fired five shots during the struggle to gain control of the gun.

At 2pm, along with fellow officers, Menton attempted to arrest three suspects at a bodega on Elm and Linden. The area is known for gang activity.

One of the suspects, Bryant Adams Jackson Jr. age 28 and a father of five, brushed past Menton and fired a shot, striking Menton in the stomach. An FBI agent working with YPD shot Jackson, killing him. Another FBI  agent also working the sting was Menton's twin brother. He drove him to the hospital.

Officer Menton sustained  injuries to his colon, intestines and kidneys. After emergency surgery, he was listed in serious but stable condition.

Additional details at this link:   https://www.dailymail.co.uk/news/article-10737059/Gang-suspect-killed-veteran-Yonkers-officer-shot-stomach-shootout.html