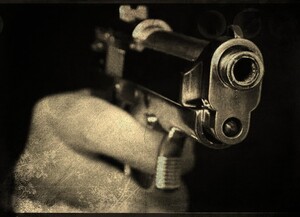 However, there have been numerous gun episodes since the Y.O slid into the new year starting on January 13, 2022.

A man was shot in the chest by an assailant at 44 Gorton Street. The perp drove up, shot and drove away, leaving the man critically wounded.

On January 17, 2022, Yonkers police shot and wounded a man at 52 Main Street in the downtown area. A cop was injured during the incident. The perp survived with a gun shot wound to the leg.

Shots were fired on February 20, 2022 in the vicinity of 105 McLean. There were no reported injuries or arrests.

March 3, 2022, a man was found with a fatal gun shot wound at 288 Riverdale Avenue. The matter is still under investigation.

On February 6, 2022, two patrons began arguing at the Duo Bar on Yonkers Avenue. Shots were fired and a security man was killed at the entrance to the establishment.

A report of multiple shots fired on March 20, 2022 , yielded five bullet casings at Herriot and Hawthorne. No one was injured and no arrests were made.

The following night, shots were fired at South Broadway and Radford. However, no evidence was recovered.

Security has been stepped up in the Getty Square area but that did not stop an attempted robbery of a Blue Bar patron at 4am on April 4, 2022. As the person left the bar located at 30 N. Broadway, a car pulled up and fired several shots. They were not successful in the robbery and sped off.

On April 6, 2022, there was a report of multiple shots fired at 78-83 Highland Avenue. Several bullet casings were found. No one was injured or arrested.

The population of Yonkers is 211,000. There are approximately 600 police officers in the Y.O. which averages out to 33 citizens per officer. City of Yonkers officials report that crime has decreased.