5 People Shot in Downtown Yonkers in an Hour 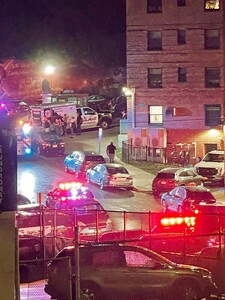 At approximately 9:15PM on July 16th, 2022, the Yonkers Police Department responded to the area of Pitkin Park on Locust Hill Avenue on a report of shots fired. Upon arrival, units located two victims of gunshot wounds. These victims were quickly transported to an area hospital. The first victim is an 18-year-old female who was shot in her right elbow. Her condition is stable at this time. The second victim is an 18-year-old male who was shot in the right side of his chest just below the collar bone. Doctors report that he may have a punctured lung. This male is in critical but stable condition at this time.

“The Yonkers Police Department does not tolerate senseless acts of violence in the likes of what we saw last night,” said Yonkers Police Commissioner Christopher Sapienza. “Those that wish to do harm to our residents in such heinous acts have no place in this city. Our investigators will be working tirelessly to identify and apprehend the perpetrators for both of these incidents.”

If you have any information regarding either of these incidents, please contact our Detective Division at 914-377-7724. Those with information can also submit an anonymous tip through our website OR by texting “YPD” and your tip to 847411.