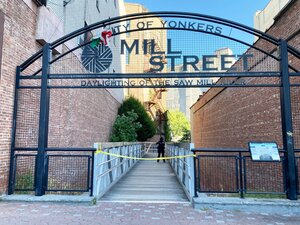 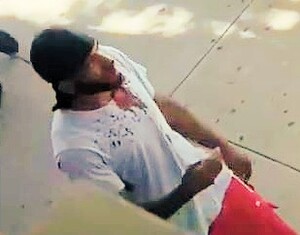 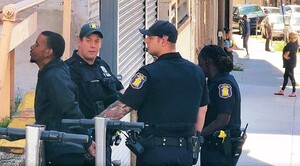 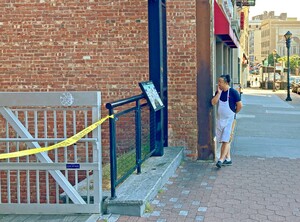 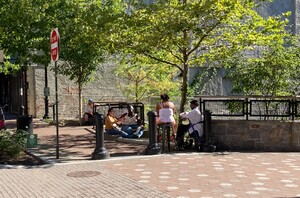 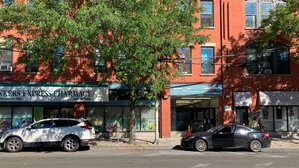 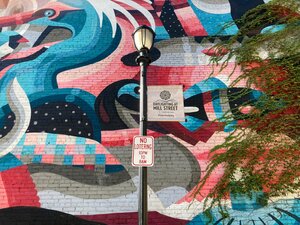 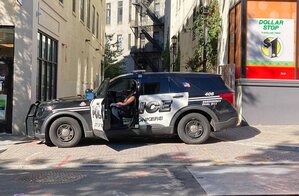 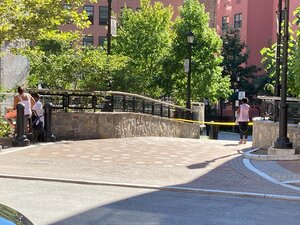 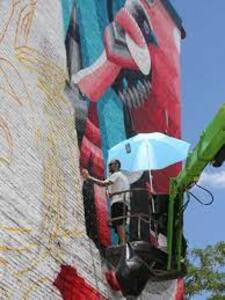 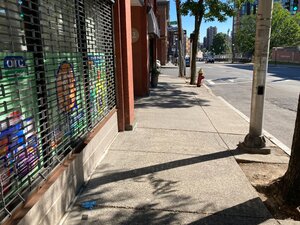 For many years, the Saw Mill River Coalition led the effort to bring the Saw Mill River to daylight. It was designated as part of the revitalization of downtown Yonkers. The project had ecological, economic and cultural significance.

The City of Yonkers  moved forward with  three plans to daylight  the Saw Mill River. Daylighting Phase II, The Mill Street Courtyard, was completed in 2016.

In June, 2016, Dutch graffiti artist, Eelco van der Berg was flown in from Holland and  commissioned to paint a mural on N. Broadway in Mill Park The theme centered around the return of wild life to the area. The term "wild life" was destined to take on a greater significance later.

The Mill Park Daylighting project cost $8.3 million dollars. It created a series of elevated walkways and small public plazas above the river, inside a city block that was once a weed-strewn empty lot.

Yonkers mayor Mike Spano says the project has been “a major catalyst for the renaissance of downtown Yonkers and the city as a whole,” adding that it inspired more than four billion dollars in redevelopment, including 3,000 apartments.

Candida Rodriguez, director of community relations for Ground Works, Hudson Valley said, the daylighted creek offers a place for people to unwind, creates a buzz location for businesses, and protects threatened species like eels. “A triple win,” she called it.

The buzz that Rodriguez described did not last long.

On September 1st at approximately 12:45pm, a man was shot in the Mill River park. After being shot twice in the upper body, he ran one block north along Warburton Avenue. When police arrived, the victim was found in front of 62 Warburton avenue.

The shooting location is across the street from the historical Philpse Manor, a site for tourists and lectures about the venue. Luxury apartments overlook the Mill River park and popular local restaurants such as Khangri. A large municipal garage at the corner stays busy with DMV clientele a block away as well as those who pass through the family court house on Warburton.

Yet despite the busy corridor of activity, a man was shot in broad daylight.
Mill Park has deteriorated into a default hangout for prostitution, drug dealing, and a homeless haven. The dream of children and families frolicking to the sound of the beautiful babbling waters has been displaced with a sprawl of urban decay.

In a week where Yonkers police have excelled in arrests, the shooting shows that there is much work left to be done.