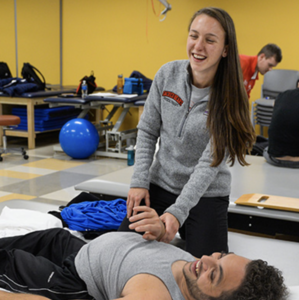 Graduates of Sacred Heart University’s doctor of physical therapy (DPT) program can be found working in hospitals, clinics, colleges and rehabilitation facilities. Over the last 20 years, a number of them also have pursued careers in the United States Air Force, where they use their education and skills to serve their country.