New Connecticut Law: Buckle Up in the Back Seat! 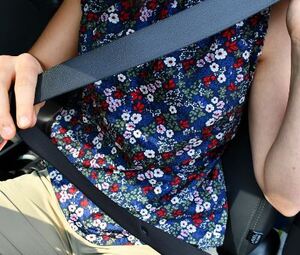 The provision, which requires all passengers, no matter where they sit in a vehicle, to buckle up, was part of a State Department of Transportation bill, passed with bipartisan support. The bill became Public Act 21-175 when Governor Lamont signed it on July 12. It’s effective October 1.

In a press release today, AAA Northeast applauded the passage of a mandatory back-seat seat belt law during the recent legislative session, a law that’s expected to save lives and reduce fatalities and injuries on Connecticut roadways.

“Connecticut has taken a significant step to reduce serious injuries and fatalities involving unbelted rear seat passengers,” said Alec Slatky, AAA Northeast’s Director of Public and Government Affairs. “Given the spike in fatalities on roadways last year, passage of this lifesaving measure is cause for celebration."

One of the first states to pass a seat-belt law for drivers and front-seat passengers in 1985, Connecticut trailed the rest of the country in extending the law to the back seat. Pre-existing law only required rear-seat passengers under 16 to buckle up, even though proper restraint use is effective for all ages.

Now, Connecticut is the 32nd state to require all back-seat occupants to buckle up, said Slatky. “There’s overwhelming evidence that seat-belt use reduces motor vehicle fatalities and serious injuries. Now, unbelted rear-seat passengers no longer will be back-seat ‘bullets’ in crashes,” he added.

Since 2010, more than 2,000 unbelted back-seat occupants have been injured or killed on Connecticut roadways, reports the UConn Crash Data Repository.