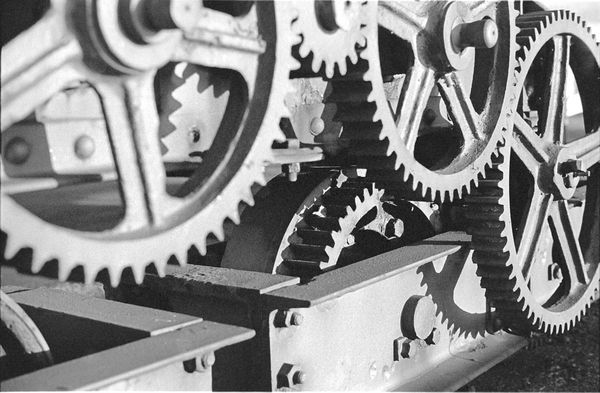 When you look back to your past from the present moment, maybe you see a braid of interlocked events, each leading inextricably to the next. Sometimes, it’s appealing (if you regret something) or scary (if you don’t) to imagine, what if this one thing never happened? Then where would I be?

But we can’t really know—can we?—whether pulling out just one narrow thread would cause the whole to collapse or transform it into a more perfect form.

Yet the notion that perhaps we could change things for the better—an endearing faith in the possibility of human progress (as opposed to stasis or regress)—makes time travel a compelling concept. If only we knew how this decision would pan out or go back and change that one thing we wish had never happened…

I’ve been butting into this idea a lot lately—from a Back to the Future movie marathon with my son to watching Groundhog Day for the 15th time to my reading material.

My first encounter with time travel literature was when I read Edward Ormondroyd’s “Time at the Top” as a kid. The story of Susan Shaw, who travels back to the 1880s when she takes her building’s elevator to the top floor, became a favorite book I have returned to again and again. Susan doesn’t meet her ancestors or endanger her future self. For her, returning to the past represents a return to a simpler, more romantic time.

For those of us who have this nostalgic sense of the past, classic books can provide a portal to bygone days, but besides this, authors play with time in a number of ways. Maybe the hook is that a character relives the same day or series of days over and over until some cosmic wrong or imbalance is corrected. Maybe a character travels out of his or her time, disrupting the space/time continuum. Whatever the conceit, traveling behind or ahead of the present moment can prompt reflection of what it might mean to live to the fullest in the right now.

If you can suspend your disbelief in the mutability of time, you might want to check out one of these five novels:

I’ll be honest: the writing, though at times funny and clever, sometimes dragged in this, Lancaster’s second work of fiction, and it would probably work better as a young-adult novel, but I enjoyed the idea. At 38, Lissy Ryder is hitting a low point. The queen bee of her high school is facing her 20-year reunion having lost her job, her home, and her husband and unable to understand why. At the reunion, she encounters a girl she once bullied, who grants her an opportunity to return to the past to right her wrongs. Lancaster’s takes a few unexpected and thought-provoking turns, and in one of the more imaginative scenes, shows how it’s possible to wake up in 1991 instead of 2011 and not realize it right away. Also, the ending made me laugh out loud.

“The Future of Us” by Jay Asher and Carolyn Mackler

It’s 1996 in this young adult novel, and high school junior Josh takes a brand-new AOL CD across the street to Emma. The two were best friends until he misinterpreted her feelings and tried to kiss her, and nothing has been the same between them since them. Meanwhile, when Emma puts in the CD, she discovers a website called Facebook, where she can read snippets of her future self’s life, and she does not like what she finds. Josh is also on Facebook in the future, and he thinks he likes where he ends up. But as the two begin to alter their presents in anticipation of their futures, they’re forced to rethink their choices and confront their deepest selves.

I loved the idea of this novel, especially as it’s targeted to millenials whose lives are increasingly mediated through their technology toys. My very favorite moment in the book is on page 32, when Josh and Emma are reading status updates:

“Why would anyone say this stuff about themselves on the Internet? It’s crazy!”

“Exactly,” I say. “I’m going to be mentally ill in fifteen years, and that’s why my husband doesn’t want to be around me.”

“Before I Fall” by Lauren Oliver

This young adult novel begins on a very dark note: 17-year old Samantha, a lieutenant in a mean girl clique, dies in a drunk driving accident after a night of partying. But after her world goes black, she wakes up to discover she is starting the day all over again. After the second version ends very much like the first, Samantha wakes up to the same day again, and she does so for seven days until she comes to understand and fulfill the purpose of her repeated returns. In the process, she uncovers secrets that explain (but do not excuse) why her friends are who and what they are. A thought-provoking book for teen readers, it’s also just an all-around compelling read.

In this beautifully written debut novel, Henry suffers from a genetic disorder that causes him to travel through time spontaneously, often without being able to control where and when he goes. He falls in love with artist Clare, and the novel, narrated in alternating first-person perspectives, follows the progress of their relationship. Niffenegger creates a cohesive, believable, heartbreaking world, rendered in stunning prose.

“Time and Again” by Jack Finney

I have not read this one, but at Tuesday’s Book Chat at the Westport Library, several readers recommended it as a classic of the time travel genre. The publisher’s description is cryptically compelling: “Did illustrator Si Morley really step out of his twentieth-century apartment one night -- right into the winter of 1882? The U.S. Government believed it, especially when Si returned with a portfolio of brand-new sketches and tintype photos of a world that no longer existed -- or did it?”

I'm interested in knowing: If you could travel to the past or future, would you?

And also: Have a good time travel novel to recommend? Thoughts on time travel as a literary conceit?