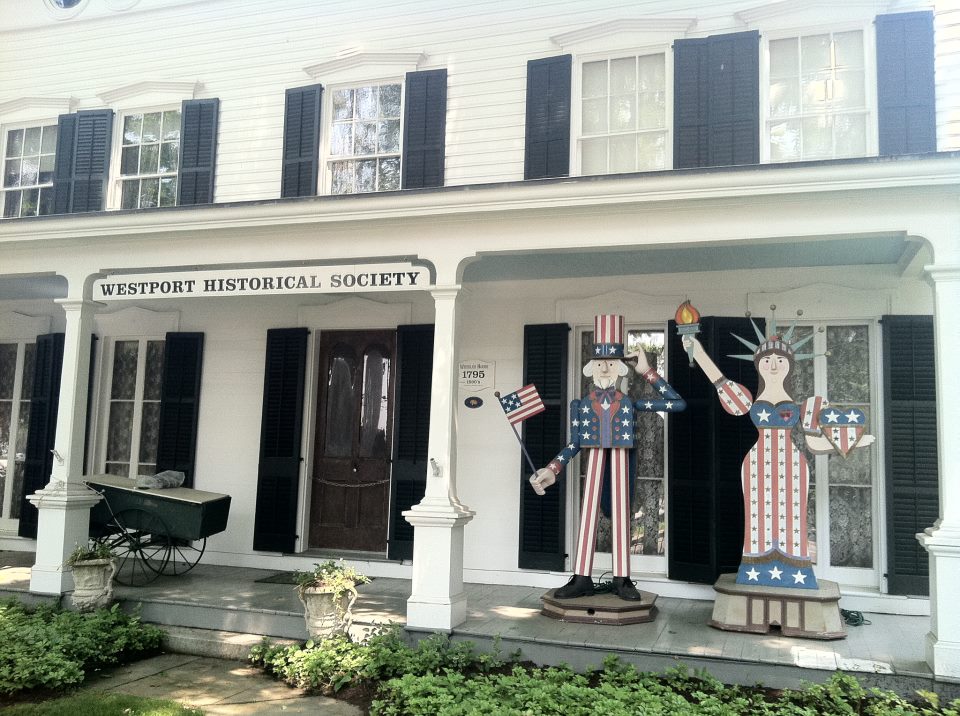 Campers Rock the Revolution at the Westport Historical Society. You probably never thought of the leaders of America’s break from England as rock stars, but youth motivational speaker Christina Frei does.

And her Fab Five are indeed an all-star lineup – George Washington, Thomas Jefferson, John Adams, Ben Franklin, and Paul Revere. Each camp day will focus on a different star, the idea being to help the kids untap their inner resources and engage in creative fun while learning a valuable lesson from one of these great Americans.

Take Franklin, for example. Frei says he loved to write and wanted to get good at it, but was just terrible. In fact, she says his own father told him,  “You kind of suck.”

But that didn’t deter the future signer of the Declaration of Independence, who also served brilliantly as the rebellious colonies’ representative to England and France. Franklin painstakingly studied his favorite authors, Frei says, and eventually “became the best writer of his period … even Jefferson said that.” A lesson in persistence!

Frei, an animated speaker who has a degree in American Studies from Wellesley and teaches and directs improv, says that in addition to learning the “juicy secrets and backstories” of the Founding Fathers, the kids will act out improvised stories based on their lives.

So, you say you want a revolution? Contact us for more information about Frei’s camp, which promises to make America’s early leaders both relevant and interesting to today’s kids. To register, click on: Rockstars