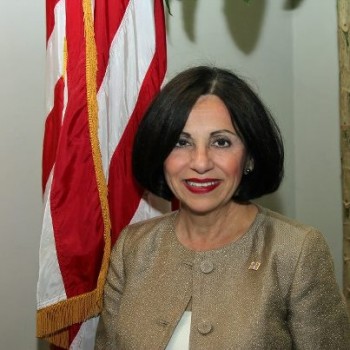 Editor’s Note: The office of Toni Boucher released the following statement today regarding a report that the State's income tax withholding revenue has dropped. Senator Boucher is the Ranking Member of the General Assembly’s Education, Higher Education, and Transportation Committees and also serves on the Finance, Revenue, and Bonding Committee. She represents the 26th district towns of Bethel, Ridgefield, Wilton, Weston, Westport, New Canaan, and Redding.

A recent report in the Waterbury Republican American that suggested the State’s income tax withholding revenue took a troubling dip is of grave concern to me.

The newspaper reported: “The state harvested a windfall last year from investors, the self-employed, and others who make tax payments every quarter. But revenue from working people who have income taxes withheld from their paychecks is lagging.”

Our state’s biggest source of revenue is the personal income tax. The monthly collection data for the income tax suggests that the major component for the low withholding collection was from the lower than anticipated collection of the tax on holiday bonuses. The reduction in either total or dollar amount of bonuses suggests that company profits are down, which in turn hurts our residents who work in New York City.

In addition to bonuses, the collection from wages and salaries was also down, which could be from lower employment and lower salaries of those employed. In addition, many residents cashed in stocks due to changes in the expiration of capital gains - that inflated revenues as did inheritance taxes, which came in higher mainly due to one large estate that accounted for nearly half of the increase. Both occurrences are highly unlikely to reoccur.

When you couple that with assumed growth of 5+ percent per year, the editor is suggesting that the biennial state budget is predicated on what may be considered rosy growth rates that will not be achieved. I agree and believe leaders need to take a serious look at how we can reverse this trend.

Connecticut has stalled at more than 8 percent unemployment for several quarters and has shed 5,000 manufacturing jobs in the past few years. We need jobs. State subsidies for health care and pension benefits are crowding out the good investments that we should be making in manufacturing companies that are the backbone of our economy.

“We are already the most expensive state to live in in the continental United States. Add lack of employment and high unfunded liabilities, and the concern grows to critical juncture. We must act now with real tax reform, infrastructure investment, and proper financial restructuring.