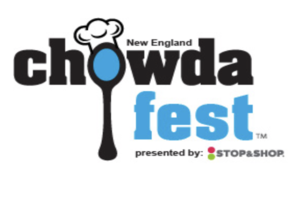 Westport, Conn – The 12th Annual Chowdafest, presented by Stop & Shop, was another record breaker.  Both Pike Place Chowder from Seattle, Washington and Our House Bistro from Winnooski, VT won for a fifth straight year in the New England clam chowder and creative chowder categories respectively, each tying the record for consecutive wins. Gates of New Canaan won the soup/bisque category as a rookie in the event while Cast Iron Chef Chop House and Oyster Bar, also a first time entrant, won the vegetarian category with a soup aptly named after the restaurant.

Event attendance figures aren’t available yet though the crowd looks to equal the event’s all-time high of 12,000, as people attended from all over Connecticut, New England and all over the country to determine this year’s winners! The top three in each category are listed below:

Special thanks to those volunteers who have helped at all 12 events along with the student athletes from Sacred Heart University who pitched in for this annual tradition. Thanks to the National Honor Society students and Service League of Boys from Staples High School plus the park personnel who make Sherwood Island State Park the unofficial home to the New England Chowdafest.

The big winner when all is said and done will be the charity, Food Rescue US and the fight against hunger. Over 2 million meals have been funded through Chowdafest in the past 4 years alone and the event hopes to add another half million meals to that number. For additional information about Chowdafest, please visit www.chowdafest.org or email event director, Jim Keenan at This email address is being protected from spambots. You need JavaScript enabled to view it. .