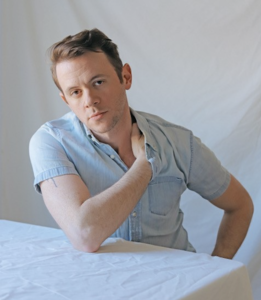 Stepping into the role of Don Juan, replacing a previously announced actor, is Nick Westrate.  Westrate was in Broadway productions of “Bernhardt/Hamlet, “Casa Valentina,” and “A Moon for the Misbegotten.” Off-Broadway credits are “Tribes,” “A Delicate Ship,” “Galileo,” “Love's Labor's Lost,” “Unnatural Acts,” “The Little Foxes,” and “The Boys in the Band” (Drama Desk nomination, featured actor). Regionally, he has appeared at Yale Rep, McCarter, Cal Shakes, The O’Neill, Huntington, and Barrington Stage. Television credits include the role of Robert Townsend on AMC’s “Turn: Washington’s Spies” (series regular, 3 seasons), and he has also appeared in HBO’s “Mildred Pierce,” “The Tick,” “Blindspot,” “Quantico,” “Person of Interest,” “New Amsterdam,” and “Blue Bloods.” Upcoming is HBO’s miniseries “The American Guest.” Film credits are “Ricki and the Flash,” directed by Jonathan Demme, and the upcoming feature, “The Volunteers.” Westrate is the recipient of the 2012 special Drama Desk Award for his work in three plays that season. He is an NYTW Usual Suspect, a Juilliard School graduate, a founding member of the Fair Wage OnStage movement, and a proud union member of AEA and SAG-AFTRA.

Meet the legendary Don Juan as you’ve never seen him before in this modern-dress production of the satirical, classic comic tale. Wherever he goes, the notorious seducer and antihero leaves behind a trail of broken hearts and society scandals, relying on his trusty sidekick, Sganarelle, to clean up his unruly messes.  When an unearthly visitor arrives, Don Juan may finally be forced to confront his wicked ways.

Playwright Molière (1622-1673) was the leading French comic actor, stage director, and dramatic theoretician of the seventeenth century. In addition to “Don Juan,” his works include “The School for Husbands,” “The School for Wives,” “Tartuffe,” “The Misanthrope,” “The Doctor in Spite of Himself,” “Amphitryon,” “The Miser,” “Scapin,” “The Learned Ladies,” and “The Imaginary Invalid.” Translator/adapter Brendan Pelsue is a playwright, librettist, and translator whose work has been produced in New York and regionally, including “Wellesley Girl” at the Humana Festival of New American Plays, “Hagoromo” at the Brooklyn Academy of Music, and “Read to Me” at Portland Stage Company. He also produces the podcast “We Are Not These People” with journalist Natasha Haverty. Originally from Newburyport, MA, he received his MFA from Yale School of Drama and his BA from Brown University, where he received the Weston Prize in playwriting.

Director David Kennedy is in his eleventh season as Playhouse associate artistic director.  He has directed Playhouse productions each season, including “Suddenly Last Summer,” “Loot,” and “The Invisible Hand,” which received the 2016 Connecticut Critics Circle (CCC) Award for Outstanding Production of a Play, and for which Kennedy won the CCC honor for Outstanding Director of a Play. He was previously with Dallas Theater Center, and was founding artistic director of The Lunar Society in Toronto and Milkman Theatre Group in Halifax, Nova Scotia.

Single tickets for “Don Juan” start at $30 during preview performances (November 5 -8), and after November 9 Opening Night, tickets start at $40, and are subject to change based upon availability. Buy early for best prices.  Special offers are available for seniors, students, educators, and playwrights.  For details, visit westportplayhouse.org/special-offers.