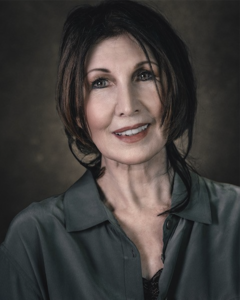 Director of “Winter at the Playhouse:  A Holiday Benefit Concert” is Katharine M. Carter (Westport Country Playhouse’s “Sex with Strangers”); musical direction is by James Dobinson.

The magical evening of music will include holiday classics (“White Christmas,” “Let it Snow,” and “I’ve Got My Love to Keep Me Warm”) as well as new holiday favorites (“One More Sleep ‘til Christmas” from “The Muppet Christmas Carol,” “Jack’s Lament” from “The Nightmare Before Christmas,” John Lennon’s “So This Is Christmas,” and “Hanukkah in Santa Monica”).

Joanna Gleason’s vocal group The Moontones includes Christine Cornell, Christiana Cole, and Michael Protacio, with musical direction by Jeffrey Klitz.  Gleason has appeared in 15 Broadway, Off-Broadway, and Off-off Broadway shows. She won a Tony Award® for Best Actress in a Musical in Stephen Sondheim’s “Into the Woods.” She has three Drama Desks, and two Outer Critics’ nominations and wins. There were Tony nominations for “Dirty Rotten Scoundrels” and “Joe Egg” on Broadway. Film work includes Woody Allen’s “Crimes and Misdemeanors” and “Hannah and Her Sisters.” She is currently on tour with her solo show, “Out Of the Eclipse.”

Proceeds from ticket purchases will help the Playhouse continue to inspire audiences with its productions, grow its education programs for all ages, and develop new theatrical works by diverse artists.

ABOUT WESTPORT COUNTRY PLAYHOUSE
The mission of Westport Country Playhouse is to enrich, enlighten, and engage the community through the power of professionally produced theater worth talking about and the welcoming experience of the Playhouse campus.  The not-for-profit Playhouse provides this experience in multiple ways by offering live theater experiences of the highest quality, under the artistic direction of Mark Lamos; educational and community engagement events to further explore the work on stage; the New Works Initiative, a program dedicated to the discovery, development, and production of new live theatrical works; special performances and programs for students and teachers with extensive curriculum support material; Script in Hand play readings to deepen relationships with audiences and artists; the renowned Woodward Internship Program during the summer months for aspiring theater professionals; Family Festivities presentations to delight young and old alike and to promote reading through live theater; youth performance training through Broadway Method Academy, Westport Country Playhouse’s resident conservatory program; and the beautiful and historic Playhouse campus open for enjoyment and community events year-round.  Charity Navigator has recently awarded its top 4-star charity rating to the Playhouse in recognition of its strong financial health and commitment to accountability and transparency.