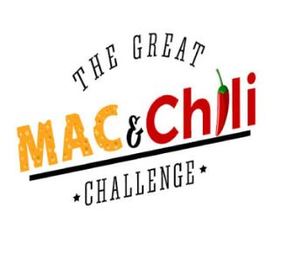 The 6th annual Great Mac & Chili Challenge will be held on Sunday, January 26, 2020 from 11AM to 3PM in Norwalk at The SoNo Collection. “We seriously considered not holding this competition due to costs but we have a surprisingly large and passionate foodie following that wants us to keep going,” said Jim Keenan, Event Director. Keenan says they’ve been inundated with emails, social media and calls asking when the next competition is happening. For the past three years, this event has been held outdoors in Westport during November but this popular comfort food competition is moving back to January and indoors.

The competition will once again feature unlimited sampling of both chili and mac & cheese from some of the area’s best chefs and restaurants. The event will test a new internet voting system using your cell phone in the hopes of reducing waste from traditional paper ballots. A voting kiosk will be available for anyone without a cell phone or needs assistance. Additionally, only tickets will be sold online so there won’t be any ticket sold at the door so get your tickets while they last and bring them to this fan favorite event.