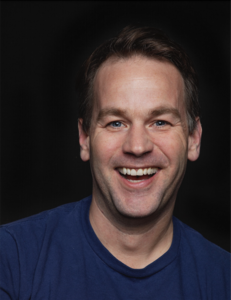 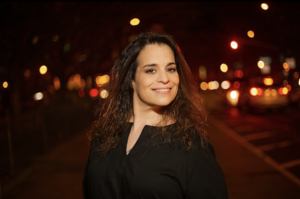 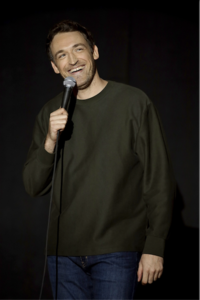 “We are thrilled to be bringing the Connecticut Comedy Festival back for another season with even more and bigger venues, a return to indoor comedy, as well as outdoor shows throughout the summer, and an amazing talent lineup,” said Joe Gerics, Connecticut Comedy Festival producer and co-founder/co-owner of Fairfield Comedy Club. “Last year's Festival took us to new heights with comics including Bill Burr, John Mulaney, and Brian Regan, and we are expecting to reach even higher this year!”

The Playhouse’s comedy events will be in its Jason Robards Theatre. All tickets buyers will attest to being fully vaccinated by the show date, or receive a negative Covid-19 test within 72 hours of the performance. Concession stand will be open serving food and beverages; no BYOB.  Content is appropriate for age 18 and up. Shows run from 60 to 100 minutes. Tickets for individual shows and week-long passes are available. Show prices and seating locations vary.

The Connecticut Comedy Festival’s week at Westport Country Playhouse will kick off with Dan Soder, on Friday, June 18, for two shows at 6:30 and 8:30 p.m. Soder is a New York City-based comedian and actor who’s best known as Mafee on Showtime’s hit series “Billions.” His first HBO comedy special, “Son of a Gary,” premiered in December 2019 and is currently streaming. His previous special, “The Standups,” premiered on Netflix in 2017; his first hour-long stand-up special, “Not Special,” premiered on Comedy Central in 2016. Other credits include Comedy Central’s “Half Hour,” “Conan,” “Inside Amy Schumer,” and “@midnight.”  Soder also hosts Sirius XM’s “The Bonfire” with Big Jay Oakerson, every Monday through Thursday at 6 p.m. on “Faction Talk” channel 103. Tickets are $35 and $45.

Jessica Kirson will perform on Sunday, June 20, at 7:30 p.m., in a Pride Month celebration show.  Kirson’s comedy is a relatable performance of sheer silliness, vulnerability, and ridiculous characters. Her countless comedic character videos have racked up over 30 million views on social media. Tickets are $25 and $35.

Boomer Funny Ladies will take the Playhouse stage on Monday, June 21, at 8 p.m.  The Boomers are Carole Montgomery, creator of Showtime's “Funny Women of a Certain Age”; Leighann Lord of the recently released “Dry Bar Comedy Special”; and Lana Seibel, featured in Amazon Prime films. Tickets are $25 and $35.

Harrison Greenbaum combines comedy and magic on Wednesday, June 23, at 7:30 p.m. Greenbaum performs more than 600 shows a year, thus leading both Time Out New York and the NY Daily News to call him "the hardest-working man in comedy." He is one of Comedy Central's "Comics to Watch." On television, Greenbaum was featured on NBC's “Last Comic Standing,” AXS TV’s “Gotham Comedy Live,” and National Geographic Channel's “Brain Games,” and has appeared on MTV, Spike TV, the Discovery Channel, and the Science Channel. As a magician, he was named one of "Today's Best" by Newsday and described by Genii Magazine as “brimming over with crazy, frenetic energy, [he] blew audiences away.” He is the most requested performer at “Monday Night Magic,” the longest-running Off-Broadway magic show in New York.  Tickets are $25 and $35.

Mike Birbiglia will perform for three shows on Thursday, June 24, at 8 p.m., and Friday, June 25, at 7 and 9:30 p.m.  Birbiglia is a comedian, storyteller, director, and actor who has performed for audiences worldwide, from the Sydney Opera House to Broadway. His most recent shows, “The New One,” “Thank God for Jokes,” and “My Girlfriend’s Boyfriend,” can be found on Netflix. Additionally, Birbiglia is a filmmaker who wrote, directed, and starred in the films “Sleepwalk with Me” and “Don’t Think Twice.” Currently he is the host of the weekly podcast, “Mike Birbiglia's Working It Out.” His first book, "Sleepwalk with Me and Other Painfully True Stories,” was a New York Times bestseller, and he is the author of the new book, "The New One: Painfully True Stories from a Reluctant Dad,” with poems by J. Hope Stein.  As an actor, Birbiglia has appeared on “Inside Amy Schumer,” Girls,” and “Broad City,” and in the films “Trainwreck,” “The Fault in Our Stars,” and “Popstar.” He plays Danny Pearson on “Orange Is the New Black” and Oscar Langstraat on Showtime’s “Billions.”  Tickets are $29, $39, and $49.

All dates, times, and artists are subject to change.

More information and tickets at: https://www.connecticutcomedyfestival.com/tags/westport-country-playhouse.

Founded in 1931, Westport Country Playhouse is celebrating its 90th anniversary year. The Playhouse’s 2021 season includes two new virtual productions: “Tiny House,” a timely new comedy, from June 29 through July 18, written by Michael Gotch, and directed by Mark Lamos, Playhouse artistic director; and “Doubt: A Parable,” the Pulitzer Prize and Tony Award-winning drama written by John Patrick Shanley and directed by David Kennedy, Playhouse associate artistic director, from November 2 through November 21. Two HD video productions from the Playhouse archives will stream on-demand, beginning with the musical, “Man of La Mancha” (2018), from August 23 through September 5, and another TBA, from September 13 - 26. The mission of Westport Country Playhouse is to enrich, enlighten, and engage the community through the power of professionally produced theater of the highest caliber and the welcoming experience of the Playhouse campus. The not-for-profit Playhouse provides this experience in multiple ways by offering live theater experiences of the highest quality, under the artistic direction of Mark Lamos; educational and community engagement events to further explore the work on stage; the New Works Initiative, a program dedicated to the discovery, development, and production of new live theatrical works; special performances and programs for students and teachers with extensive curriculum support material; Script in Hand play readings to deepen relationships with audiences and artists; the renowned Woodward Internship Program during the summer months for aspiring theater professionals; Family Festivities presentations to delight young and old alike and to promote reading through live theater; youth performance training through Broadway Method Academy, Westport Country Playhouse’s resident conservatory program; and the beautiful and historic Playhouse campus open for enjoyment and community events year-round.  Charity Navigator has recently awarded its top 4-star charity rating to the Playhouse in recognition of its strong financial health and commitment to accountability and transparency.