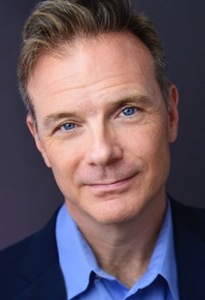 “What a joy to offer something a little out of the ordinary this time out with our first ever reading of a new musical in the Script in Hand series!,” said Mark Shanahan, curator of the Playhouse’s Script in Hand playreading series and Playhouse Radio Theater.

“The Scream: A Musical Comedy Fantasy” is set in 1985 when a Norwegian couple steal the famous painting, “The Scream,” and replace it with the husband’s painting, “The Table,” which they believe to be superior. But “The Scream” is no ordinary captive. As it works its magic, their relationship ruptures, and their minds swirl with new and frightening possibilities. Will they survive their encounter with one of the world’s most iconic works of art?

“’The Scream’ is both wonderfully funny and surprisingly haunting - a daring piece of theater which digs deeply into the mysteries of great art as well as the complexities of a fragile marriage,” noted Shanahan. “Certainly, many will know Edward Munch’s iconic painting of ‘The Scream,’ but the writers of this slyly inventive new musical have ensured we will never look at this famous work of art the same way again.”

Script in Hand curator Mark Shanahan appeared at Westport Country Playhouse in “Around the World in 80 Days,” “Tryst,” “Sedition,” “David Copperfield,” “Journey's End,” and over 20 Script in Hand playreadings, and directed readings of “Butterflies Are Free,” with Blythe Danner and Jonathan Groff, and “The Greatest Gift” by Weston playwright David Wiltse. He is the creator and curator of Westport Country Playhouse Radio Theater and writer/director of the Playhouse radio adaptation “A Merry Little Christmas Carol.” New York acting credit includes “The 39 Steps,” “Small World,” “Checkers,” “Tryst,” “The Shaughraun,” “As Bees in Honey Drown,” and “The Internationalist.” His directorial work has been seen at Alley Theatre, George Street Playhouse, Virginia Stage, Arkansas Rep, White Heron, Fulton Opera House, Weston Playhouse, Florida Rep, Penguin Rep, Merrimack Rep, The Cape Playhouse, and many more. He has written numerous radio plays for White Heron’s Ghost Light Series (featuring Christopher Plummer and Judith Ivey, among others), and is the author of the Off-Broadway and regional hit comedy, “The Dingdong“; “A Merry Little Christmas Carol”; “A Murder at Fernly Hall”; and “A Sherlock Carol,” which premiered last fall Off-Broadway at New World Stages and was nominated as Best Play 2022 by the Off Broadway Alliance Awards. www.mark-shanahan.net

Tickets to attend the playreading in person are $20. Tickets for on-demand streaming are $20 individual, $40 pair, and $80 household. Each purchase entitles the ticket buyer to one individual link. Running time is approximately 90 minutes with no intermission.

Upcoming Script in Hand playreadings will be on November 14 and December 12, titles to be announced.

The Script in Hand Playreading Series is supported by Stephen Corman and the White Barn Program of the Lucille Lortel Foundation.

All audience members are required to show proof of vaccination and to wear masks while inside the Playhouse to ensure the actors stay safe and healthy to avoid performance cancellations. Based on current CDC guidance, N95 and KN95 masks are strongly encouraged. For updates on Covid-19 health and safety protocols at the Playhouse, visit https://www.westportplayhouse.org/visit/covid19safety/

To purchase tickets, visit westportplayhouse.org, call (203) 227-4177, or email This email address is being protected from spambots. You need JavaScript enabled to view it. . Stay connected to the Playhouse on Facebook (Westport Country Playhouse), follow on Twitter (@WCPlayhouse), and on YouTube (WestportPlayhouse).

Photo:  Drew McVety plays Osvald and is also the creative producer of “The Scream,” a script in hand musical comedy fantasy at Westport Country Playhouse on June 13.