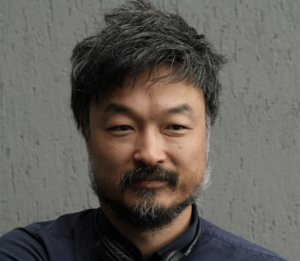 Westport, CT - Westport Country Playhouse will present a Sunday Symposium on July 10, following a 3 p.m. performance of “Kim’s Convenience,” a funny and touching comedy about a Korean family who owns a Toronto convenience store. Symposium guest will be Ins Choi, who wrote “Kim’s Convenience,” the play that inspired the popular, multi-season Netflix comedy series. It also won the 2012 Toronto Theatre Critics Award for Best Canadian Play.Choi will discuss the production and its themes with David Kennedy, Playhouse associate artistic director.

The Playhouse Sunday Symposium program is free and open to the public. No performance ticket is necessary to attend the program. Guests are invited to arrive at the Playhouse approximately 80 minutes after curtain time; the Symposium will begin immediately after the performance. All attendees will be required to show proof of COVID-19 vaccination and wear a mask while indoors at the Playhouse. For updates on Covid-19 health and safety protocols at the Playhouse, visit https://www.westportplayhouse.org/visit/covid19safety/

Reflecting on his play, “Kim’s Convenience,” Choi said, “In a conversation I had with a friend about how to combat the rise of anti-Asian hate crimes, we concluded that in tandem with condemning such abhorrent behaviors, the proactive part was continuing to write and share stories with heart, humor, and craft so people listen, laugh, and can’t deny how similar we all are.”

In “Kim’s Convenience,” Mr. Kim, called Appa, and his wife Umma, own and run a convenience store, Kim’s Convenience, in a Toronto neighborhood. Mr. Kim hopes his daughter Janet will take over the store when he retires. However, Janet plans another career path. The Kims’ son Jung ran away from home as a teen. The play follows the fractured but loving family as they follow their dreams. Directed by Nelson T. Eusebio III, the comedy runs from July 5 – 17.

Playwright Ins Choi was born in South Korea and grew up in Scarborough, now part of the city of Toronto.  He is a poet, playwright, and actor who graduated from the acting program at York University in 1998.  His first play, “Kim’s Convenience,” was a huge success at the 2011 Toronto Fringe Festival where it won the New Play Contest and Patron’s Pick Award.  Subsequently the play was remounted in an acclaimed version by Soulpepper Theatre Company. “Kim’s Convenience” was adapted into a television series airing on CBC. Choi completed a master of theological studies at Wycliffe College, University of Toronto.

David Kennedy is in his 14th season as Playhouse associate artistic director.  He has directed Playhouse productions each season, including “The Invisible Hand,” which received the 2016 Connecticut Critics Circle (CCC) Award for Outstanding Production of a Play, and for which Kennedy won the CCC honor for Outstanding Director of a Play.

Single tickets for “Kim’s Convenience”” start at $30 during preview performances (July 5 - 8), and beginning July 9 Opening Night, tickets start at $50 and are subject to change based upon availability. Buy early for best prices.  For information on special offers, including discounts for students, senior citizens, educators, military, first responders, Indigenous peoples, professional playwrights, and groups, as well as options for pay-what-you-will and Westport Library pass, visit www.westportplayhouse.org/visit/box-office/.

All play titles, artists, dates, and times are subject to change.

ABOUT WESTPORT COUNTRY PLAYHOUSE
The mission of Westport Country Playhouse is to enrich, enlighten, and engage the community through the power of professionally produced theater of the highest caliber and the welcoming experience of the Playhouse campus. The not-for-profit Playhouse provides this experience in multiple ways by offering live theater experiences of the highest quality, under the artistic direction of Mark Lamos; educational and community engagement events to further explore the work on stage; the New Works Initiative, a program dedicated to the discovery, development, and production of new live theatrical works; special performances and programs for students and teachers with extensive curriculum support material; Script in Hand play readings to deepen relationships with audiences and artists; the renowned Woodward Internship Program during the summer months for aspiring theater professionals; Family Festivities presentations to delight young and old alike and to promote reading through live theater; and the beautiful and historic Playhouse campus open for enjoyment and community events year-round.  Charity Navigator has recently awarded its top 4-star charity rating to the Playhouse in recognition of its strong financial health and commitment to accountability and transparency.