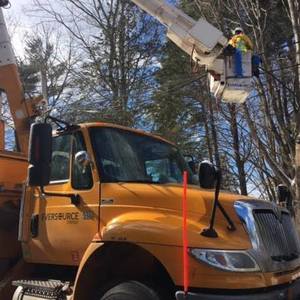 The National Weather Service has confirmed that Westport was hit by a tornado during Storm Isaias at approximately 1:40 pm on August 4.

With a maximum wind speed of 95-105 mph, the tornado’s path spanned 50 yards. This discrete storm cell moved northwest from Long Island Sound and over Saugatuck Shores and produced a water spout that made landfall as an EF1 (Enhanced Fujita Scale “low”) tornado.

The tornado caused severe damage to a house on Surf Road with the roof being ripped off, as well as portions of the second floor’s supporting wall structure. This debris was tossed about 30-50 feet from the property. In addition, the tops of several pine trees in the front and side yard were either sheared or snapped off.

As of noon, 78 percent, or 9,800, of Westport’s Eversource customers remained without power, down from 81 percent late yesterday. There is no clear indication as to when full power restoration by Eversource will be complete. Yesterday, the First Selectman held a press conference on the steps of Town Hall with Governor Lamont, Senator Blumenthal and other State and Local elected officials related to the Eversource response. Watch the press conference here: http://nbcct.co/qvRiZ3t

The number of impassable roads is at 14. The Department of Public Works (DPW) expects that all will be made passable by tomorrow. Once that occurs, DPW will work on the passable roads that have hanging trees or other obstructions.This will be followed by a thorough clean-up throughout town.

Live wires remain the most pressing concern. Residents are reminded that Eversource manages the electrical grid. Town crews are unable to touch downed wires until they have been de-energized and/or deemed safe by Eversource. Eversource called for support from the National Guard, which has been deployed to Westport.

We urge residents to spread the word that the town radio station, WWPT 90.3FM is the best source for local updates for those without electricity or cell service. Since some residents remain unable to access the internet, the Town will utilize the Nixle text service to send out brief shorthand messaging.For those who are able, please continue to follow our press releases or go to www.westportct.gov for more detailed updates (follow the link to “Storm Isaias updates”).

** Sign up for Emergency Notifications by registering at www.nixle.com, or by simply texting 06880 to 888777 from your mobile phone**