Details
Published on Tuesday, 28 September 2021 12:29
Written by Town of Westport 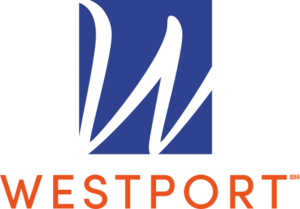 Mr. Marpe stated, “In order to assure continuity of leadership in the WPD, and to further prepare the Department for their ultimate departure, Chief Koskinas will enter into a three (3) year employment contract and Deputy Chief Arciola will be retained under a similar agreement until December 31, 2022.”

“Chief Koskinas has been eligible to retire with full benefits since July, 2021 and Deputy Chief Arciola became eligible in 2016. Chief Koskinas made me aware of his intention to retire in August of this year, while Deputy Chief Arciola made that decision more recently,” Marpe noted. “It was agreed that at this sensitive time in the evolution of police accountability and responsibilities at the national and local levels, that a full change in leadership of the department would create a disruption that could have a negative effect on the Westport community as well as the successful operation of our Police services.”

“The members of the WPD leadership team are well on their way to stepping into the Chief and Deputy Chief roles but they require additional time to develop the full range of skills and community relationships to be successful as the department’s senior leaders. In that context, Chief Koskinas and Deputy Chief Arciola offered to remain in their roles under employment contracts. This arrangement will be beneficial for Westport from a position of continuity of leadership as well as from a financial standpoint.”

Together, Chief Koskinas and Deputy Chief Arciola have more than 56 years of experience on the WPD.  Chief Koskinas started his career in January, 1996, and Deputy Chief Arciola began in May, 1990. They were promoted to their current positions upon the retirement of former Police Chief Dale Call in 2016. Mr. Marpe said, “While there may have been an option to hire interim chiefs, we would immediately lose the depth of knowledge, experience and relationships that Foti and Sam possess while potential successors are being prepared to assume the roles. This  would be a major loss to the Town.”

Mr. Marpe added, “I want to thank Foti and Sam for their service and sacrifice during their longstanding tenures in the WPD.  I also appreciate their understanding of the needs of the Town and their fellow police officers that allows for this mutually agreeable arrangement for them to remain in their leadership roles. They continually demonstrate the highest standards of public service and dedication to our community.”

Chief Koskinas stated, “I am honored and humbled to have had the opportunity to work with and for the Town of Westport. Aside from my family, the last 27 years have been some of the most exciting and gratifying times of my life while serving and working alongside members of this community. I am confident that we will have continued successes as we navigate through some difficult times in our country, and certainly in law enforcement.”

Koskinas continued, “Over the last couple of years, and even more recently, there have been other incredible opportunities presented to me in both the private and public sectors. However, I never pictured or imagined myself wearing a uniform other than that of the Westport Police Department. I sincerely look forward to the opportunity to continue serving Westport for another three years.”