Details
Published on Thursday, 27 January 2022 15:00
Written by Town of Westport 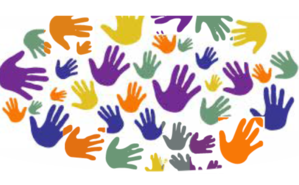 TEAM Westport, the Town of Westport’s diversity engagement committee, has announced the topic for its 2022 Teen Diversity Essay Contest. Now in its ninth year, the contest asks teens to address “Why It Can Be So Difficult to Talk About Race”.  Prior years’ challenges which tackled topics from ‘White Privilege’ and ‘Black Lives Matter’ to ‘Micro-Aggressions’ and ‘Stereotypes’ have drawn widespread attention and engagement in Westport and beyond.

The Westport Library is co-sponsoring the event and winners will be announced at a ceremony at the Library targeted for 6pm on Monday, April 4, 2022 (date subject to COVID restrictions). Entry deadline for the essay contest is Friday, February 25, 2022 . Subject to the volume and caliber of entries received, at the discretion of the judges, up to three cash prizes will be awarded. The first prize is $1,000, second prize is $750, and third prize is $500.

This year’s prompt which is available along with contest entry rules online at www.teamwestport.org, is as follows:

“Why can it be so difficult to talk about race? Trevor Noah. award winning comedian, writer, and television host from South Africa says ... the first thing we have to do in any conversation is figure out what the words mean in the conversation that we’re having."

In 1000 words or fewer describe what you would like to explain to people in your community who avoid or struggle with talking about race or acknowledging systemic racism or who apply a colorblind approach to issues.”

“From individuals to governments, on local, state and national levels, the discussion of race in the U.S. persists as a kind of national conundrum,” stated TEAM Westport Chair Harold Bailey, Jr. “Now in our ninth year of the Teen Diversity Essay Contest,  TEAM Westport welcomes the opportunity for Westport youth to weigh in on the question as to why.”

First Selectwoman Jennifer Tooker said, “I encourage the youth of our town to participate in discussions and programs that will enhance their experience in Westport, and ultimately, in the world beyond. I am confident that through their words, they will demonstrate that Westport is a community that welcomes conversation.”

“The Westport Library is very pleased to continue to co-sponsor the Teen Diversity Essay Contest with TEAM Westport again this year,” remarked Westport Library Executive Director Bill Harmer.  “The essay contest inspires students to challenge themselves and their assumptions about race and racism.  We recognize that learning is a process and the essay contest is a valuable component in that process.”

ABOUT TEAM WESTPORT: With members appointed by the First Selectman and adjunct partners from the leadership of key Westport organizations, TEAM stands for Together Effectively Achieving Multiculturalism. TEAM Westport has developed a unique role by engaging the community in and drawing attention to issues surrounding multiculturalism and diversity -- making the invisible, visible. In addition to initiatives it implements directly, TEAM Westport partners with a wide range of municipal government and community institutions. Examples include co-programming with the Westport Library, the Westport Country Playhouse, Westport Schools, Westport Police, the Westport Museum, the Interfaith Clergy, the Interfaith Council, Westport MOCA, Westport Pride, AAPI Westport, Westport Housing, Westport P&Z Affordable Housing Subcommittee and the Levitt Pavilion.