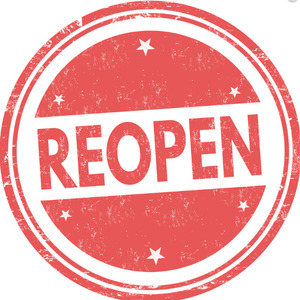 Chaz and AJ, the co-hosts of Connecticut’s most popular morning show “Chaz and AJ in the Morning,” heard on 991 WPLR FM and 959 WFOX FM, interviewed Governor Ned Lamont this morning regarding Phase 1 of the re-opening of Connecticut happening next week on May 20.

There has been controversy regarding the Governor’s guidelines for Phase 1, which were announced last Friday, May 8. Most of the debate involves safety concerns regarding dental offices and hair salons, specifically. As far as dental offices, the governor said that performing routine teeth cleanings are at the discretion of each dental office. While the Governor stated that there was “never an executive order regarding dentistry,” he acknowledged that, “consumers are a little reluctant to go back,” and they are working with Dental Associations to conduct business as safely as possible. Initially, dentistry was categorized as phase 3 or 4.

Hair salons were previously not permitted to use blow dryers when reopening, but that has recently changed. Governor Lamont said that the resistance he received was the reason for the modification. He stated that, “A lot of the salons said ‘we can’t have our people leave with their hair wet – it’s key to the treatment we’re doing.’” The state is still discouraging use of blow dryers and have suggested using them on a minimal basis.

During the interview, the Governor mentioned constant re-evaluation of the various re-opening phases, and that he would consider the re-opening of businesses on one-month increments, depending on numbers. He’s also looking at states across the country for guidance based on their experiences.

The Governor hopes that summer camps can begin in July, and children’s sports shortly after that. He said he aims to decide on the start of universities no later in August to give them sufficient time to plan.

Listen to the full interview: https://audioboom.com/posts/7581036-governor-lamont-talks-about-reopening-dental-offices-hair-salons-and-more