Lamont Nominates Westport Resident as Chairperson of Lottery Board 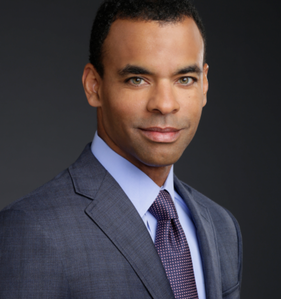 Governor Ned Lamont today announced that he is nominating Rob Simmelkjaer of Westport to fill a vacancy as chairperson of the Connecticut Lottery Corporation’s Board of Directors. Membership on the board is an unpaid, volunteer role.

Simmelkjaer is the founder and CEO of Persona Media, a Norwalk-based interview and conversation-focused social media startup. Prior to that, he spent most of his career working as a sports media executive in a number of positions with NBC Sports and ESPN.

From 2011 to 2019, he served as a senior vice president at NBC Sports in Stamford, a role in which he was responsible for managing the NBC Sports Ventures unit, a collection of NBC Sports properties including NBC Sports Radio and podcasts, Reebok Spartan Race, Lucas Oil Pro Motocross, and the Red Bull Signature Series. In addition, Simmelkjaer led NBC Sports’ entry into the sports betting space, launching a popular free-to-play game called NBC Sports Predictor, as well as a daily sports betting radio and television show, “The Daily Line.” In addition to his position as senior vice president, Simmelkjaer served as an on-air contributor across multiple NBCUniversal platforms, including NBC Sports, NBCSN, NBC Sports Radio, NBC News, MSNBC and CNBC. Notably, he served as studio host on MSNBC during NBC Sports Group’s presentation of the 2012 and 2016 Summer Olympics.

Before joining NBC, Simmelkjaer served in various executive positions at Bristol-based ESPN, including vice president of international development, vice president and assistant to the president, and director of NBA programming. Simmelkjaer also managed the network’s relationship with the International Olympic Committee. During his time at ESPN, he also served as an anchor and correspondent for ESPN and ABC News. A graduate of Dartmouth College and Harvard Law School, Simmelkjaer practiced law in New York City before beginning his television career. He currently serves on the State Central Committee of the Connecticut Democratic Party, a position he will resign if confirmed.

“Rob has years of experience working in a leadership capacity for two of the largest and most respected sports broadcasting companies in the world – both Connecticut-based companies – where he managed international business development and large corporate projects,” Governor Lamont said. “He will bring to the Lottery board a sharp eye and keen management style that will provide the agency with a greatly-needed refresh.”

“It is an honor to be nominated to this important role by Governor Lamont,” Simmelkjaer said. “Responsible gaming can play an important role in the fiscal recovery of our state from the current crisis. I look forward to working with Connecticut Lottery CEO Greg Smith and other key stakeholders to ensure that we grow the state’s gaming revenue, while ensuring the highest standards of compliance and oversight.”

The Connecticut Lottery Corporation Board of Directors consists of 13 members, including the state treasurer and secretary of the Office of Policy and Management, who serve as ex-officio members. The governor appoints five of the members, who must be confirmed by the legislature, and selects the chairperson from among the membership. The six top legislative leaders appoint the remaining six members. The board appoints a president, who is responsible for day-to-day management of the corporation.