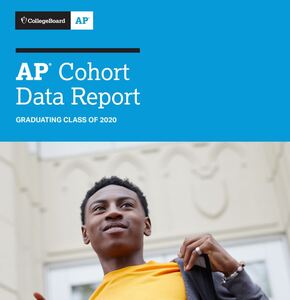 Governor Ned Lamont is applauding the announcement made by the College Board showing that Connecticut – for the first time ever – ranks best in the nation on student performance of advanced placement (AP) exams. According to a report released today by the College Board, 34.5 percent of 2020 high school graduates in Connecticut earned a score of 3 or more on an AP exam.

Compared to the national average, Connecticut saw noticeable increases in the class of 2020 with respect to exam participation and performance among students from low-income families, and Black and Hispanic students. The total number of the state’s graduating class who took an AP exam in high school increased by over five percent in the last five years.

The College Board report cited Connecticut’s efforts to frequently message about the importance of challenging themselves academically by taking rigorous coursework when in high school, whether it be AP, international baccalaureate, or dual-enrollment courses. Connecticut also continues to recognize student participation in these diverse approaches, along with career and technical education, in its Next Generation Accountability System.

To improve access and remove barriers for underrepresented student populations, the Connecticut State Department of Education as fully covered AP exam fees for students from low-income families for the last seven years and plans to continue this practice. The department also sends letters each year to tens of thousands of students in grade 10 and 11 who demonstrate potential for success in rigorous coursework in high school.

In 2019, the Connecticut Board of Regents for Higher Education adopted a universal policy for AP credit and student placement under which the higher education institutions within the Connecticut State Colleges and Universities system grant academic credits to any student earning a score of three and higher on any AP exam.