Details
Published on Wednesday, 21 September 2022 15:37
Written by Town of Westport 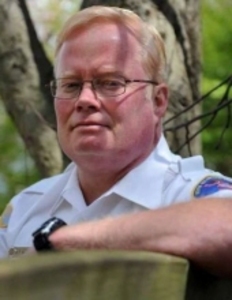 Crew Chief Blake was hired in May of 1990 and had a long and rewarding career serving the Westport community.  He was a representative for the Southwest EMS Council for over ten years and was most recently the organization’s president.  Also, Crew Chief Blake was a certified child safety seat instructor and helped organize numerous car safety seat clinics throughout Fairfield County.

In addition to dutifully serving the town of Westport, Crew Chief Blake was a volunteer with Weston’s fire department and emergency medical services for over thirty years.  During his tenure he served as the department’s vice president and obtained the rank of lieutenant.  Even in his off time, he wanted to serve.

Those who knew Crew Chief Blake quickly realized that his passion was to help  anyway he could.  Whether it be organizing a child safety seat clinic, treating a sick patient, or helping at the scene of a fire in Weston, Crew Chief Blake was there.  His dedication and passion will most certainly be missed.

Deputy Chief Sam Arciola who oversees Westport EMS said that “Mark was an incredibly dedicated public servant as well as a widely respected EMT and he never hesitated to put the needs of others above his own.”

First Selectwoman Jen Tooker stated, “I was saddened to hear of the passing of Crew Chief Blake.  On behalf of the Town, I want to extend my condolences to his friends and family as well as express how appreciative the town is for all his years helping our community.”