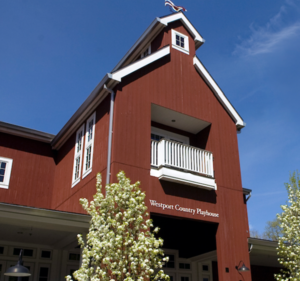 Westport, CT - Four new members were elected to the board of trustees at Westport Country Playhouse, bringing the trustees total to 33, led by Barbara Streicker of Westport, chair.

The new Playhouse trustees are Paige S. Couture of Easton, Jay A. Dirnberger of Westport, Maggie Lehnerd-Reilly of Westport, and Teresa (Terry) Nardozzi of Fairfield.

Paige S. Couture was born and raised on the Upper East Side in New York City. After attending the Nightingale-Bamford School from kindergarten through twelfth grade, she earned a BA in History from Oberlin College. Always wanting to teach, she joined the Churchill School, a private school for children with learning disabilities in Manhattan, while attending Bank Street College of Education. After graduating from Bank Street with an MS in Middle School Special & General Education, she worked for six years as a special education teacher at the Bronx Preparatory Charter School. Upon moving to Easton, she taught for 10 years at the Eagle Hill School in Greenwich.  Since leaving her teaching career to raise her two children, she has been an active member of the Mom’s Club of Fairfield/Easton, currently serving as president, and enjoys beekeeping, raising chickens, and gardening. A lover of the arts since a young age, Couture grew up enjoying many of the best artists and performers in New York City.

Jay A. Dirnberger has been a resident of Westport with his wife Molly since 2008. Their son Jason is an independent filmmaker. Dirnberger retired from business in 2011, and currently is active in several community organizations.  He is in his ninth year as a mentor in the Westport School System; past president of the Y’s Men of Westport/Weston; member of the Finance Committee of the Westport Historical Society; and member of one of the oldest commemorative military units in the United States, Gold’s Dragoons. He served as a public member on the State’s Judicial Review Council from 2009 to 2016, appointed by Governor Jodi Rell and reappointed by Governor Dannel Malloy. Dirnberger has over 35 years of experience in the field of institutional and private investment management, notably, as vice chairman of Julius Baer’s US-based investment advisor, and managing director at Lyster Watson & Company. Dirnberger received a BA in History from the University of Buffalo and an MBA from New York University.  He was an Infantry Captain in the US Army from 1965 through 1970, flying helicopters in Vietnam with the 1st Cavalry Division and serving as Aide-de Camp to the Commanding General of the 18th Airborne Corp at Ft. Bragg. He is the former treasurer and chairman of the Finance Committee of the United Nations International School.

Maggie Lehnerd-Reilly, originally from Berea, Kentucky, received her BA in Peace and Justice Studies from Wellesley College. After college, she spent three years teaching fourth grade in Phoenix as a Teach for America corps member. Her experience working in an immigrant community in Phoenix inspired her to attend UCLA Law School through the J. Epstein Program in Public Interest Law and Policy. In 2008, she moved to Westport, where her husband, Kerry, has been employed at Bridgewater Associates since 2003. Lehnerd-Reilly relishes opportunities to actively participate in the community. She is a passionate supporter of The Montessori School in Wilton, the Norwalk Metropolitan Youth ballet (where three of her five children dance), and the Connecticut chapter of the Teach for America Alumni Network. In addition, she teaches a weekly U.S. citizenship class at the Connecticut Institute for Refugees and Immigrants, where she also volunteers as a pro bono attorney. She loves to experience theater, both locally and in New York, and deeply values the unique role of the Playhouse in the Westport community.

Teresa (Terry) Nardozzi-Marghella is president and CEO of MANM Productions, an investment and production company specializing in theater, film, and television. Her current film productions include “Relish,” written and directed by Justin Ward. Her current theater projects include the Broadway production of “Ain’t Too Proud: The Life and Times of The Temptations,” as well as the Off-Broadway premiere of “The Secret Life of Bees.” Past projects included “Once on This Island,” directed by Michael Arden (winner of the 2018 Tony Award® for Best Musical Revival); “Farinelli and the King,” starring Academy and Tony Award winner Mark Rylance; the Australian tour of “Beautiful, The Carole King Musical”; “Natasha, Pierre and The Great Comet of 1812”(nominated for 12 Tony Awards); “On the Town” (recipient of two Tony nominations); and Deaf West Theatre’s “Spring Awakening”(Tony-nominated for Best Musical Revival). Previous volunteer community involvement includes the Trumbull Board of Education, USA Swimming Association, and PTA Councils. Nardozzi-Marghella holds an Associate degree in Applied Science from the Fashion Institute of Technology (FIT), as well as a Child Development Associate (CDA) degree in Early Childhood Education from Norwalk Community College. She holds a certificate in Theater Production from the Commercial Theater Institute (CTI), and is currently pursuing a Theater Management and Production degree from Columbia University.

The mission of Westport Country Playhouse is to enrich, enlighten, and engage the community through the power of professionally produced theater worth talking about and the welcoming experience of the Playhouse campus.  The not-for-profit Playhouse provides this experience in multiple ways by offering live theater experiences of the highest quality, under the artistic direction of Mark Lamos; educational and community engagement events to further explore the work on stage; the New Works Initiative, a program dedicated to the discovery, development, and production of new live theatrical works; special performances and programs for students and teachers with extensive curriculum support material; Script in Hand play readings to deepen relationships with audiences and artists; the renowned Woodward Internship Program during the summer months for aspiring theater professionals; Family Festivities presentations to delight young and old alike and to promote reading through live theater; youth performance training through Broadway Method Academy, Westport Country Playhouse’s resident conservatory program; and the beautiful and historic Playhouse campus open for enjoyment and community events year-round.