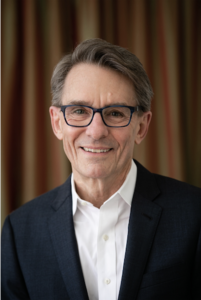 2020 season ticket renewals are underway for current subscribers and may be renewed by mail at 25 Powers Court, Westport CT 06880; in person at the Playhouse box office Tuesdays through Fridays between 12 and 6 p.m.; by phone at 203-227-4177; or online (if no changes are needed) at westportplayhouse.org.

Flex Passes are also on sale, providing date flexibility, and may be redeemed for seats before single tickets go on sale next year.

Single tickets for 2020 productions will be available early next year.

“Our 2020 season speaks to the world today, embraces our communities, and explores new ways of bringing theatrical excitement to life at our historic Playhouse,” said Lamos, who next year will be in his 12th season as Playhouse artistic director. “We want to share this with you!”

Lamos noted that the new season has been planned “to build on the excitement generated by the current one, with two great musicals, an evergreen classic, fresh and funny new work, and engrossing drama.

“Some amazing artists have been assembled to deliver great theater experiences,” he continued. “Choreographer Camille A. Brown and a thrilling design team will create a brand new production of ‘Ain’t Misbehavin’’ that will feature the music of Fats Waller, a large cast, and lots of dancing; Marcos Santana, who directed and choreographed this season’s ‘In the Heights,’ will give us a blazing interpretation of the ground breaking “Next to Normal”; LA Williams helms Pearl Cleage’s moving ‘Blues for an Alabama Sky’; and associate artistic director David Kennedy re-imagines Sophocles’ ’Antigone,’ more resonant today than ever before.

“I’m thrilled and humbled to direct a fresh new comedy by Michael Gotch called ‘Tiny House,’ which was written for the gifted company of actors who performed in our award-winning ‘A Flea In Her Ear’ last year— The Resident Ensemble Players at the University of Delaware,” Lamos concluded.

The musical, “Next to Normal,” with music by Tom Kitt, and book and lyrics by Brian Yorkey, will open the season, April 14 through May 2.  Director and choreographer is Marcos Santana, who helmed the Playhouse’s 2019 hit, “In the Heights.” “Next to Normal,” a 2009 Tony Award-winning musical and winner of the 2010 Pulitzer Prize for Drama, gives a groundbreaking look at a family in crisis, while pushing the boundaries of contemporary musical theater.

“Tiny House,” a new comedy fresh from its world premiere by Delaware’s Resident Ensemble Players, will play June 9 through June 27.  Written by Michael Gotch, who was featured in the Playhouse’s 2018 award-winning comedy, “A Flea in Her Ear,” the play will be directed by Mark Lamos.  Fireworks fly when family, friends, and quirky neighbors come together for a July 4th barbecue at the off-the-grid, isolated mountain paradise of a young, urban couple.

A dance-filled, reimagined, sassy, and sultry “Ain’t Misbehavin’” will run from July 21 through August 8.   The 1978 Tony Award® winner for Best Musicalcelebrates the legendary jazz great Fats Waller.  The show as you’ve never seen it before will be directed and choreographed by Camille A. Brown, 2019 Tony Nominee for Best Choreography for “Choir Boy.” The musical is conceived by Richard Maltby Jr. and Murray Horwitz.

The world premiere translation and adaptation by Kenneth Cavander of Sophocles’ “Antigone” will play September 29 through October 17, directed by David Kennedy, Playhouse associate artistic director. A determined young woman bravely defies a king in this thrilling drama about the nature of power and resistance. This classic play speaks across centuries to those living in a climate of fear and polarization.

The Playhouse’s 90th Season will culminate with “Blues for an Alabama Sky,” from November 3 through November 21, written by Pearl Cleage and directed by LA Williams, who directed the Playhouse’s 2019 production of “Skeleton Crew.”  As the creative euphoria of the Harlem Renaissance succumbs to the harsh realities of The Great Depression, a community of friends resolves to keep their hopes and dreams alive.

The performance schedule is Tuesday at 7 p.m., Wednesday at 2 and 8 p.m., Thursday and Friday at 8 p.m., Saturday at 3 and 8 p.m. and Sunday at 3 p.m.  (No Wed. or Sat. matinees during preview week). Special series feature Taste of Tuesday, LGBT Night, Post-Play Dialogues, Opening Night, Sunday Symposium, Together at the Table Family Dinner, Open Captions, Backstage Pass, Playhouse Happy Hour, and Thursday TalkBack.

For more information on tickets, prices, and any special offers, visit www.westportplayhouse.org, or call the box office at (203) 227-4177, toll-free at 1-888-927-7529, or visit Westport Country Playhouse, 25 Powers Court, off Route 1, Westport. Stay connected to the Playhouse on Facebook (Westport Country Playhouse), follow on Twitter (@WCPlayhouse), and on YouTube (WestportPlayhouse).