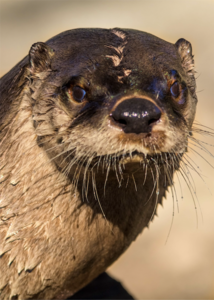 BRIDGEPORT, Conn. – The family at Connecticut’s Beardsley Zoo is saddened to announce the recent passing of Rizzo, a North American river otter (Lutra canadensis), due to complications from his advanced age. Rizzo was 16 years old. River otters live to be 10 to 12 years old in the wild, and an average of 17 years in human care. Rizzo’s longtime companion Nessie died last spring from heart disease. The pair was always a favorite of guests and beloved by all who knew them.

The Zoo is currently making long-planned improvements to the habitat in anticipation of new otters arriving. As a species, river otters have suffered from habitat loss, water pollution and fur trapping. Their numbers are on the rise due to reintroduction programs in parts of the U.S., better water quality, and protection of their habitat.

Zoo Director Gregg Dancho said, “Our river otters have always been some of the most popular animals who make their home here at the Zoo, for their playful nature and intelligence as well as their role as an iconic North American animal. Nessie and Rizzo were the last of several river otters here, and we’ve been proud to have welcomed otter pups in years past. We look forward to a new family of otters here again soon.”

River otters, members of the weasel family, can run on land as well as swim. They are playful and agile athletes, sliding down hills of mud or snow to land with a splash in water. Their tail is muscular and comprises up to 40 percent of the otter’s body length. They can move through the water as fast as eight miles per hour and can dive to 36 feet. Found throughout most of North America, the river otter lives in aquatic habitats: streams, rivers, lakes, ponds and marshes. They prefer unpolluted water with minimal human disturbance.