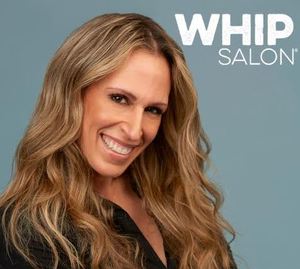 Dora Smagler, a master hairstylist specializing in styling celebrity hair for live television, has joined the squad in Bedford Square and will be taking appointments on Wednesdays and Fridays starting on Friday, August 7th.

Dora Smagler has been a practicing cosmetologist for over 30 years and has a reputation for excellence and in-depth knowledge of current trends and styles including expertise in hair cutting, men’s grooming, hair extensions, hair color and styling. She spent the past five years working on the popular ABC talk show “The View” where she predominantly was responsible for the hairstyles of co-hosts Meghan McCain, Ana Navarro and Joy Behar. During her tenure on the show she was nominated three times for an Emmy Award for outstanding hair at “The View.”

“I’ve spent most of my career styling hair for celebrities for live television,” said Smagler. “People are often fascinated by it. But they are just people like all of us! I have been fortunate to make a career out of it.”

“With the changes happening in the industry due to Covid-19 I really wanted to find something that was closer to home and I was attracted to Whip Salon Westport for its professionalism. I am super excited to be a part of the squad there, build a local clientele and create a new salon home for myself.”

“Dora is incredibly humble about her skills and is a wonderful addition to the team,” said Chris Gaglione, General Manager of Whip Salon Westport. “She is a great fit because of her passion, talent and enthusiasm, we are so excited to be working with her.”

Prior to working on the set of “The View”, Smagler worked on another popular ABC news program “Good Morning America” as exclusive hairstylist to Ginger Zee, GMA’s meteorologist as well as many of the other on-air talents including Dr. Jen Ashton and Lara Spencer. She also worked at the CBS network on “The Doctors” in Los Angeles and “”CBS News/The Early Show.” in NYC. She also has worked with Padma Lakshmi from “Top Chef, “ and personalities Clay Aiken and Abby Huntsman to name a few.

Whip Salon is committed to offering top quality salon services such as cuts, color, blowouts, and medi-spa services for women, men and children. Whip Salon is focused on ease and excellence for their clients and strictly adheres to all state mandated Covid-19 protocols.