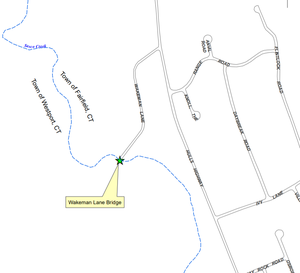 First Selectman Jim Marpe has announced that the Towns of Westport and Fairfield have initiated a project to replace the Old Road #2 Bridge over Sasco Brook.

The bridge replacement project will receive federal funds under the Federal Local Bridge Program administered by the Connecticut Department of Transportation.

The project’s preliminary design is currently underway, with construction likely in 2024.

Local and State policy encourages early information to citizens on such projects and encourages people to raise any concerns with municipal officials early in the planning process.

The Federal aid for the project was authorized under the Moving Ahead for Progress in the 21st Century Act (MAP – 21) administered by the Federal Highway Administration and the Connecticut Department of Transportation.