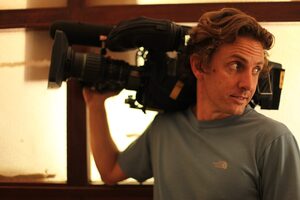 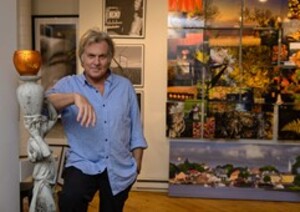 Mick is a Producer and Director who has created over 60 documentary films for National Geographic, Discovery Channel, OWN, History Channel, CNN, NBC, and Channel 4 (UK). This will be the second year this widely popular program is being offered.

The five-week program will run from June 21 through July 22 and will include three, two-hour virtual workshops each week, one-on-one virtual sessions with Mick, and additional instruction on editing and technical issues with experts in film and television. The teens, (maximum program capacity 24) will work in teams of three or four. Mick will provide them with experience in all aspects of filmmaking and to emphasize the highly collaborative process of filmmaking. Each groups finished product will be a short documentary film that will be uploaded to the Library’s YouTube channel.

Additionally, this summer the Library’s Verso Studios will also offer a four-week camp (maximum program capacity 24) from July 12 to August 5 led by Emmy Award winning journalist and former ABC News correspondent Jay Schadler. With virtual and live classes, this camp will culminate in the production of a newscast featuring 3-minute video stories found, developed, shot, and edited by the teen participants.

Participants will begin by researching and investigating possible stories of interest and relevance in the Westport area, although topics of national interest with a local angle are certainly welcome. They will lay the groundwork for collecting information, conduct research and interviews, and shoot the visuals necessary to bring the story to life.

For more information and to register go to https://westportlibrary.org/film-camps/