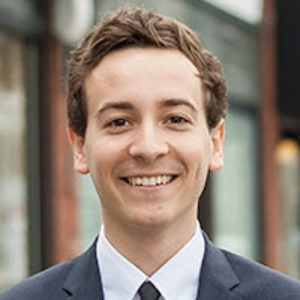 State Senator Will Haskell (D-Westport) announced that he has submitted three new gun safety bills to the General Assembly. If enacted, these proposals would ban untraceable ghost guns, allow law enforcement to request proof of a gun permit of anyone carrying a weapon, and limit bulk purchases of guns.

“Ending gun violence wasn’t just something I talked about on the campaign trail. With my first three bills, I’m working to make it a reality,” said Sen. Haskell. “The common theme in these bills is that they would each empower law enforcement officers to keep our communities safe.”

“An Act Concerning Ghost Guns,” LCO Number 1022, would ban guns without serial numbers and regulate those which are sold in a form requiring the purchaser to finish assembly or that are homemade.

In 2018, the General Assembly’s Judiciary Committee passed a similar bill, House Bill 5540. However, the bill never passed the full General Assembly and did not become law.

“Our evolving digital landscape has created new threats, including the ability to purchase portions of a gun online and build the weapon at home. This bill brings our statutes into the 21st century and helps define what is and is not a gun,” said Sen. Haskell. “Ghost guns constitute an unacceptable loophole in our laws, as guns built at home do not have a serial number.”

“An Act Concerning the Presentation of a Carry Permit,” LCO Number 1021, would require individuals who openly carry a firearm to show their gun permit to law enforcement officers if requested.

In 2017, a similar bill, House Bill 6200, was heard by the General Assembly’s Judiciary Committee but was never voted on.

“In Connecticut, drivers who are pulled over by a police officer are required to show their driver’s license upon request,” said Sen. Haskell. “It only makes sense that if you are walking around town carrying a deadly firearm that you be required to show the permit that allows you to do so upon request of a law enforcement officer. In 2017, 35 police chiefs supported a similar measure. Let’s listen to these public safety leaders.”

“An Act Concerning Limiting Multiple Handgun Purchases in a Thirty-Day Period,” LCO Number 1024, would limit the number of firearms an individual can purchase to one per month.

“If you’re buying multiple weapons at once, the chances that those guns are going to be used in a criminal manner dramatically increases,” said Sen. Haskell. “Connecticut currently has no restriction on the bulk purchasing of guns. We need to follow the lead of other states and close this loophole to make sure that fewer weapons fall into the wrong hands.”

According to the Gifford Law Center, 20 percent of all handguns recovered in crime in 2000 were originally purchased as part of a multiple sale. California, Maryland, and New Jersey currently have similar one firearm per person per month laws. Sen. Haskell is a voting member of the Judiciary Committee and looks forward to working with any colleague, regardless of party, who believes that all students should feel safe in the classroom.