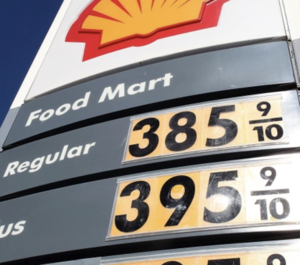 Hartford, CT - On February 13, the Legislature’s Transportation Committee held a public hearing to discuss a range of issues, including a proposal introduced by Transportation Committee Members Senator Tony Hwang (R-28), Senator Will Haskell (D-26), and Representative Jonathan Steinberg (D-136) to prohibit the practice of zone pricing for gasoline (SB 419). All three legislators represent portions of Westport.

Gasoline zone pricing is the practice employed by gasoline distributors to sell gas to local retailers at artificially-determined prices within the same “zone”. These price zones are not mandated by government, and are proprietary and unavailable to the public. Not only do these practices stifle competition, but they create arbitrarily high cost zones, and also prohibit entry to the market because they can control prices to make it difficult for newcomers to succeed.

The FTC has stated that these price zones provide significant market control to incumbent distributors, and that large distributors have used these zones to “target entrants without having to lower price throughout a broader market area….by targeting price-cutting competitors, incumbents can (and have) deterred entrants from making significant investments in gasoline stations (which are specialized, sunk cost facilities) and thus from expanding to a scale at which the entrant could affect price throughout the broader metropolitan area.” (OLR Report 2009-R-0011)

“We who believe in the competitiveness of the market have been trying to eliminate this practice for over two decades and it is time we get this law passed and start encouraging transparency, market competition and consumer fairness in the gasoline market,” said Senator Hwang. “In higher-cost areas of the state, these price zones increase the cost of living even further. Although the cost to distributors does not change, the price to the retailer and the price to the consumer does, based on these proprietary, arbitrary zone pricing maps. This system is inherently non-competitive. It’s time we level the playing field.”

“The gas distributors shouldn’t determine whether you pay $2.25 or $2.55 per gallon of gas based on anti-competitive practices,” said Sen. Haskell. “Our bill would allow for increased competition and fairer prices in the market, helping relieve financial stress on consumers in our community. This bipartisan bill represents a fight to give Fairfield County a break,” said Senator Haskell.

“Our proposal really comes down to fairness for Connecticut citizens, but particularly for Fairfield County residents, who pay the highest per gallon in the state..  All we're asking for is parity in the gasoline market across the state,” said Representative Steinberg.