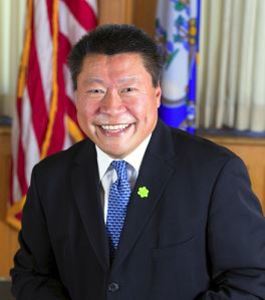 Hartford, CT - On Wednesday, April 24 in the Connecticut General Assembly, the Senate unanimously passed the bipartisan SB 832, An Act Concerning Registries of Persons Found Responsible for Assaults or Other Abuse, Neglect, Exploitation or Abandonment of Elderly Persons or Persons with Disabilities. The bill would require the Commission on Women, Children and Seniors to provide information on their website concerning the seven publicly available registries, including the National Sex Offender Public Website maintained by the United States Department of Justice, the Connecticut Sex Offender Registry, and the professional licensure verification database maintained by the Department of Public Health.

The bill also expands the Department of Public Health’s (DPH) Long-Term Care Background Check Program to include individuals who have been convicted of certain crimes against seniors. The bill additionally requires that the Commission convene a working group to develop strategies to raise public awareness of the availability of such databases to persons hiring providers to care for elderly persons, children or persons with disabilities. Lastly, the bill adds certain crimes that would make an individual ineligible to work in a long term care facility, including nursing homes.

“This bill recognizes the rise of crime against our elders and those with disabilities and takes an important step forward for our State,” said State Senator Tony Hwang (R-28), an introducer and co-sponsor of the legislation this year and in years past. “Elder abuse and criminal action against those with disabilities are unacceptable, and the public should be aware who those perpetrators are in order to protect their family and friends from future act of crime against our most vulnerable populations. I appreciate the leadership of my colleagues in the Aging Committee and the Senate in passing this important legislation to protect integral members in our community and I look forward to passage in the House and Governor Lamont’s signature.”