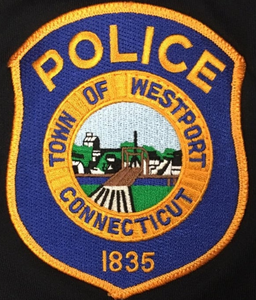 The Westport Police Department proudly announces the addition of three sworn officers to its ranks effective Thursday, August 22, 2019.  On that date, the department will be officially swearing in Officers Shawn Booth, Jamar Edwards and Hon Luong.

Officer Shawn Booth joins us from the New Haven Police Department where he served the city since March of 2014.  Booth is a native to Connecticut and a graduate of Masuk High School in Monroe.  Following high school, Booth enlisted and served in the United States Army from 2006 to 2011 and was honorably discharged at the rank of E-5/Sergeant.  He served as an infantryman and was deployed to Iraq twice.  He received various commendations during the course of his military service.  Following Booth’s honorable discharge from the Army, he attended Housatonic Community College and studied Criminal Justice until being hired by the New Haven Police Department where he was assigned to the patrol division.  He received a meritorious service award from the New Haven Police Department, which was a Unit Citation, on May 11, 2016.  Booth currently resides in Stratford, Connecticut with his wife.

Officer Jamar Edwards joins us from the Bridgeport Police Department where he has served the city since February of 2016. At that agency, Edwards was assigned to the patrol division.  In January of 2019 he received a meritorious service award for “Excellent Arrest” at the Bridgeport Police Department’s annual awards ceremony.  He is a graduate of Desert Ridge High School in Mesa, Arizona where he excelled at football.  He has also attended both Scottsdale Community College in Scottsdale, Arizona as well as Housatonic Community College.  Edwards currently resides in Stratford, Connecticut with his fiancé and daughter.

Officer Hon Luong joins us from the West Haven Police Department where he has served the city since July of 2016. A native of Connecticut, he is a 2011 graduate of Stratford High School.  He previously attended college at both Housatonic Community College and Sacred Heart University where he earned a Bachelor of Science degree in Criminal Justice.  Luong also previously interned with the Stratford Police Department before being hired by the West Haven Police Department.  At that agency he was assigned to the patrol division. Luong currently resides in Stratford, Connecticut and enjoys spending time with his family.

These three new officers fill vacancies created by several recent retirements.  Each will have to successfully complete a modified field training and familiarization program where they will be required to learn department policies and procedures prior to being assigned to our patrol division.

The Westport Police Department would also like to take a moment to thank the representatives from the Board of Selectmen, Representative Town Meeting, Board of Education and TEAM Westport who assisted us in the interviewing and selection process of candidates for these vacancies.  Their valued input was an integral part of the ultimate decision to hire these three fine officers.

Please join us in welcoming these three new members of our law enforcement family at an official swearing in ceremony scheduled for Thursday, August 22, 2019 at 1:30pm.  This event will be held at the Westport Police Department training classroom, located at 50 Jesup Road in Westport.