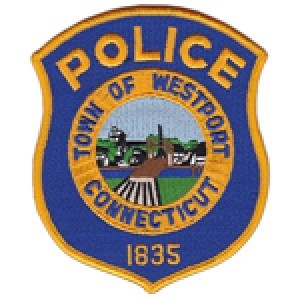 On the morning of Friday, September 6, 2019 a victim responded to police headquarters reporting that her vehicle had been burglarized. She explained that while parked at the Saugatuck Railroad Station on Thursday, September 5, 2019, the unlocked vehicle had apparently been entered and that several checks were taken from a checkbook that had been left inside the vehicle. The victim’s husband became aware of the theft when he received notification from his bank of possible fraudulent activity. In a follow-up with the bank, he was advised that several withdrawals were attempted from his checking account on this same date using physical checks.

It was learned through investigation that a suspect had attempted to cash one of these stolen checks in person at a bank branch in Stamford on Thursday, September 5, 2019. The teller suspected possible fraud and attempted to contact the victim to verify the legitimacy of the transaction prior to processing the request. The teller was unsuccessful in this attempt to contact the victim and the transaction was ultimately denied.

Despite that, several stolen checks were then later deposited into a customer’s account using an ATM at the same branch. This account belonged to Devaun Joyner, who was physically present with the second suspect when the checks were deposited into the ATM machine. The total amount of funds that the suspects attempted to steal from the victim’s account using the five fraudulent checks was alleged to be $1150.00.

A follow-up investigation into this incident was conducted that included interviews with the employees of the bank branch in Stamford as well as the drafting, granting and execution of search warrants for bank records and for bank video surveillance. Through this information gathering, it was learned that a total of two suspects, Joyner and an accomplice, had been involved in the attempts to negotiate these stolen checks. Through information sharing with other agencies and through the investigation, both suspects were positively identified. Arrest warrants were subsequently drafted and granted for both of these individuals. The second suspect in this incident was previously arrested by this department on October 2, 2019.

On the morning of Sunday, December 8, 2019, the Westport Police Department was contacted by the Stamford Police Department. On that date that agency was reporting that Devaun Joyner was being held in connection with the active warrant for his arrest issued pursuant to this investigation. He was transported back to the Westport Police Department where he was formally arrested and charged with 53a-103 Burglary Third Degree, 53a-129d Identity Theft Third Degree, 53a-139 Forgery Second Degree. 53a-49(53a-125) Criminal Attempt at Larceny Fourth Degree and 53a-125 Larceny Fourth Degree per the warrant.

Bond was court-set at $15,000 which he was unable to post. Joyner was transported to Norwalk Superior Court on the morning of Monday, December 9, 2019 for arraignment.