Broadway Stars in Concert to Benefit for The 12.14 Foundation 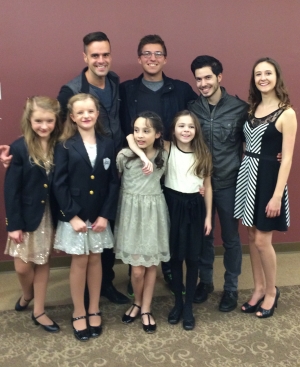 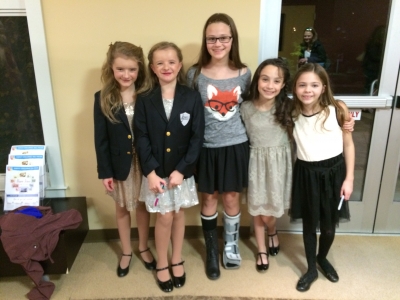 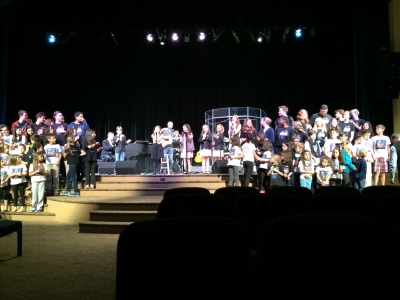 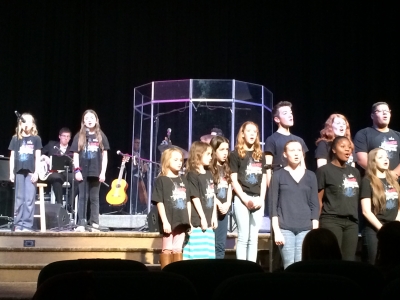 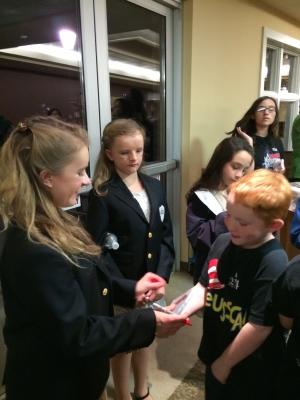 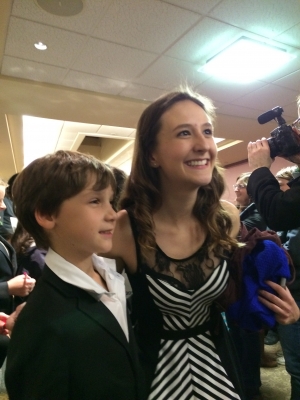 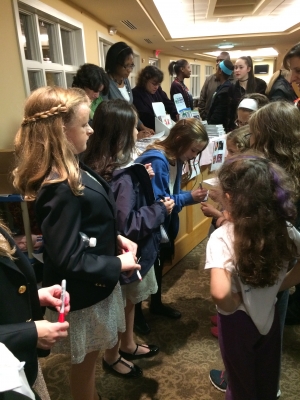 In January of 2013, just weeks after the tragedy at Sandy Hook, Broadway producer and Trumbull native, Van Dean organized and produced “From Broadway with Love,” at the Palace Theater in Waterbury, CT, with performances by more than 100 Broadway stars, cast members and a full 42-piece orchestra, all donating their time and talents to support the Sandy Hook families and First Responders.

And, last Friday, November 7, Dean created another magical, musical evening for the Newtown and Sandy Hook communities in the theater of  the Walnut Tree Hill Community Church in Bethel.

Friday’s show featured Broadway musical stars Abigail and Milly Shapiro along with several of their Broadway friends.  Abigail Shapiro, 14, is currently playing the lead role on Broadway in “Liberty: A Monumental New Musical,” and her sister, Milly Shapiro, 12, a Tony Award honoree and Grammy nominee, starred on Broadway as one of the original “Matildas”  in “Matilda, the Musical. ” The extremely talented Abby and Milly also perform together as “The Shapiro Sisters.”

The Shapiro sisters first became involved with the Newtown community after visiting with students at the Sandy Hook Elementary School earlier this year.  Abigail said, "We're so honored to be taking part in this event. We were so deeply touched by the Newtown tragedy and, after visiting with the students and getting to know the community, we want to do anything we can to give back.”

Other musical performers on Friday included 11 year-old Paige Brady and Ava Ulloa, 9, who are both currently making their Broadway debuts in lead roles in “Matilda, The Musical,” and Zachary Unger, 11,  who most recently performed the role of Les on Broadway in “Newsies” and originated the role of young Will in “Big Fish” and young Charlie in “Chaplin on Broadway.”  In addition to the performances of the young Broadway stars, Jillian Cailouette, a Meriden native, winner of the “Outstanding Actress” award in this year’s Connecticut High School Musical Theater Awards, provided the audience with wonderfully moving musical performances.

Rounding out the night were some rousing musical performances from the Newtown-area children’s choruses from “A Rockin' Midsummer Night's Dream,” “Seussical, the Musical, “and “101 Dalmatians,  the Musical” all produced by Van Dean. The cast of “A Rockin’ Midsummer Night's Dream” recently recorded the cast recording of the show for Dean’s record label, Broadway Records.   The album will be released in December and can be pre-ordered at www.BroadwayRecords.com.

The on-stage musicians who donated their time and talents were Michael J Moritz, Jr., on piano, Adam DeAscentis on bass and Billy LaGuardia on drums.

After the show, the Shapiro sisters, Paige Brady, Ava Ulloa, Zachary Unger and Jillian Cailouette met with the excited, young audience members for photographs and to sign autographs.

“All proceeds from this event will benefit The 12.14 Foundation whose work with the Newtown area children has been incredibly rewarding for everyone involved,“ said Dean, a member of The 12.14 Foundation Theater Arts Committee.  The 12.14 Foundation is a not-for-profit organization formed following the tragedy at Sandy Hook Elementary School to provide experiences that produce long-lasting, positive effects on the way children see themselves and the world around them.  Their ultimate goal is to build a landmark Performing Arts Centre in Newtown, Connecticut, in memory of those lost on December 14, 2012.  For additional information about The 12.14 Foundation go to http://www.1214foundation.org/